Following the news of the death of Kofi Annan, leaders and activists from around the world have paid tribute to the life and legacy of the former secretary general of the UN. 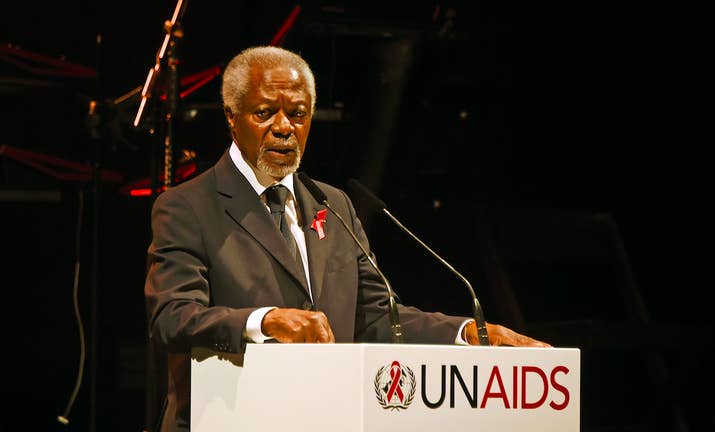 Leading the tributes was António Guterres, the incumbent secretary general of the organisation Annan was largely credited with revitalising.

"Kofi Annan was a guiding force for good. It is with profound sadness that I learned of his passing. In many ways, Kofi Annan was the United Nations." @antonioguterres on passing of former SG @KofiAnnan @UN Full statement here https://t.co/TS3GNnXzvM

Guterres praised his friend and mentor, describing Annan as “a proud son of Africa”. 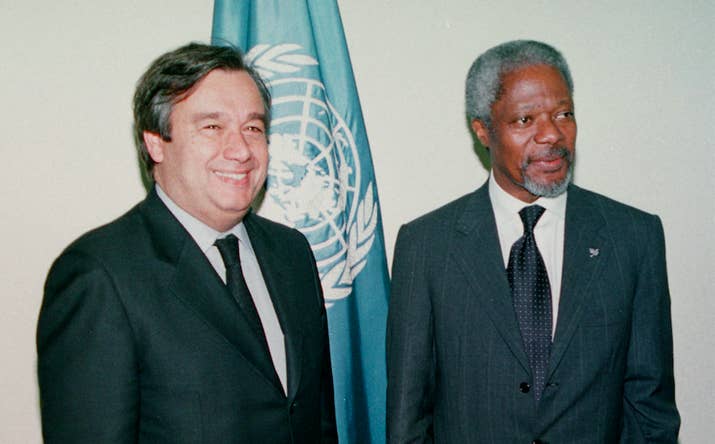 He wrote: “Kofi Annan was a guiding force for good. It is with profound sadness that I learned of his passing. In many ways, Kofi Annan was the United Nations. He rose through the ranks to lead the organization into the new millennium with matchless dignity and determination.

“Like so many, I was proud to call Kofi Annan a good friend and mentor. I was deeply honoured by his trust in selecting me to serve as UN High Commissioner for Refugees under his leadership. He remained someone I could always turn to for counsel and wisdom — and I know I was not alone. He provided people everywhere with a space for dialogue, a place for problem-solving and a path to a better world. In these turbulent and trying times, he never stopped working to give life to the values of the United Nations Charter. His legacy will remain a true inspiration for all of us.

“My heartfelt condolences to Nane Annan, their beloved family, and all who mourn the loss of this proud son of Africa who became a global champion for peace and all humanity.”

Deputy secretary general of the UN Amina Mohammed paid tribute to Annan, describing him as her “inspiration”.

.@KofiAnnan, our #African and global icon who lived a life deeply committed to serving humanity. He did it with dignity and gave hope to the voiceless. My Friend, My Hero, My Inspiration. #RIPKofiAnnan pic.twitter.com/i7aqSiuYvG

The Government and people of Ghana, First Lady Rebecca and I are deeply saddened by the news of the death, in Berne, Switzerland, of one of our greatest compatriots, Mr. Kofi Annan. 1/7

He wrote: “Consummate international diplomat and highly respected former Secretary General of the United Nations, Mr. Kofi Annan was the first from sub-Saharan Africa to occupy this exalted position.

“He brought considerable renown to our country by this position and through his conduct and comportment in the global arena. He was an ardent believer in the capacity of the Ghanaian to chart his or her own course onto the path of progress and prosperity.

“Undoubtedly, he excelled in the various undertakings of his life, leaving in his trail most pleasant memories. His was a life well-lived.”

Akufo-Addo announced that Ghana’s national flag will fly at half-mast across the country and in all of Ghana’s diplomatic missions across the world, from Monday, Aug. 20, for one week. 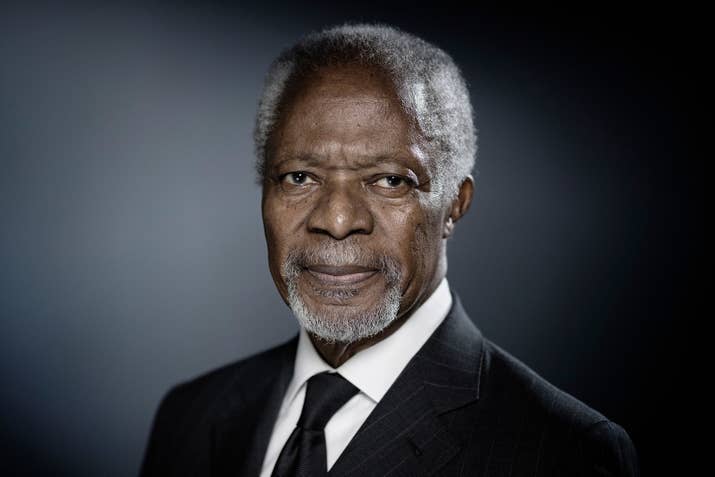 He lived and worked for global peace, security and sustainable development in very challenging times. A proud son of Ghana and Africa.
RIP Kofi Annan. pic.twitter.com/xevF6TZdOu

South Africa’s president Cyril Ramaphosa expressed his condolences, calling Annan “a great leader and diplomat extraordinaire” who had advanced the African agenda within the United Nations and had “flown the flag for peace” around the world.

He wrote: “The death of the former secretary general of the UN Kofi Annan plunges us all into sadness.

This worthy son of Africa was a valiant representative of our continent.”

Barack Obama said Annan “embodied the mission of the United Nations like few others”. 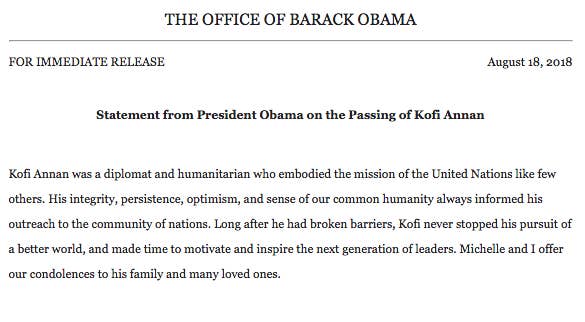 The Office of Barack Obama

Other leaders have also taken to social media to send their condolences, including UK prime minister Theresa May.

"Sad to hear of the death of Kofi Annan. A great leader and reformer of the UN, he made a huge contribution to making the world he has left a better place than the one he was born into. My thoughts and condolences are with his family." – PM @Theresa_May

Kofi Annan dedicated his life to building a more just and peaceful world.

His efforts in support of conflict resolution and human rights will be remembered. He looked for a peaceful path when others looked for war.

My thoughts are with his family and loved ones.

TB: I’m shocked and distressed to hear the news about Kofi. He was a good friend whom I saw only weeks ago. Kofi Annan was a great diplomat, a true statesman and a wonderful colleague who was widely respected and will be greatly missed. My deepest sympathy to Nane and his family

Kofi Annan was not just a great breaker of glass ceilings, he was a leader and a visionary, who worked to foster international cooperation and a more united world. pic.twitter.com/1MNSPhWuuR

English business magnate and philanthropist Richard Branson has released a statement in which he highlights Annan’s work as an “Elder.”

The world will be a poorer place without Kofi Annan. It’s up to all of us to step up and carry on his work championing humanity https://t.co/hUoQEaHPNG @theelders pic.twitter.com/f2o6D6JldB

Please say it isn’t so. Kofi Annan has passed away. May he rest in perfect peace 😢😢😢🙏🏾💛 #KofiAnnan #OurPride pic.twitter.com/A6iZp9ftvh