A group of vegans have been accused of killing two pigs after they stormed a farm near Lincolnshire.

Sylvia Hook says 200 campaigners from Meet The Victims UK descended on Sandilands Farm to protest against the conditions there – with around half waiting outside while the rest went into the barn and carried out a sit-in demonstration – refusing to move until a national media turned up.

But in doing so Mrs Hook claims they killed two of her young piglets.

Speaking to local press, she said: “It’s caused the death of two young piglets who have been squashed. Two of the piglets have had to be taken away to get up and running again.

“It’s ridiculous they call themselves animal rights activists and they’re the ones who have caused the deaths here today, it’s crazy.

However, protesters have vehemently denied killing the animals.

Chris Hines from the group said: “Unless you can show definitive evidence that piglets have died because of activists being in there, then they haven’t got much of a case. 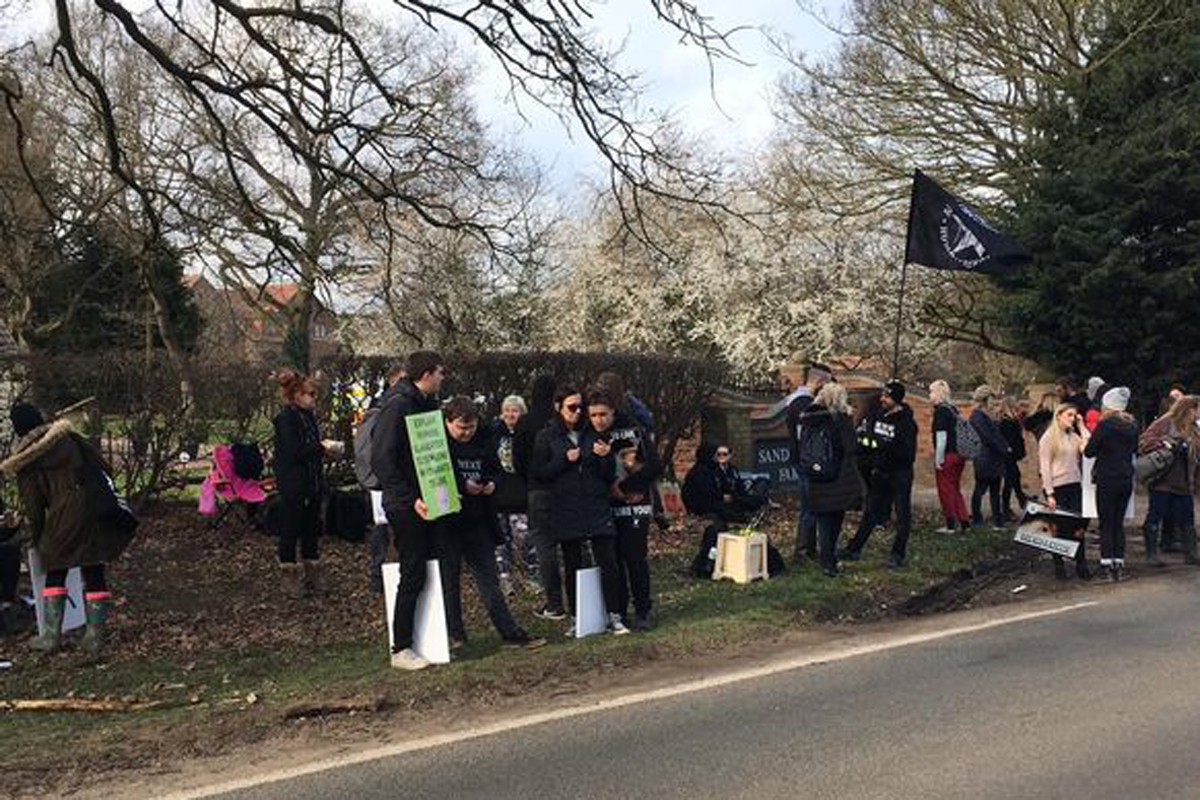 “The scenes I’ve witnessed in there, everyone is calm, the pigs are calm, there’s no big commotion.

“It’s a baseless claim unless she can prove otherwise.”

Mr Hines said the protesters were aiming to raise awareness of the use of farrowing crates on pig farms.

“The mothers are in what are known as farrowing crates. The space inside a crate is enough for them to take a few steps forward, a few steps back, they can stand up and sit down, they can’t turn around.

“We’re not targeting this farm for a specific reason – if any reason it’s because this is just a standard practice farm.”

Mrs Hook, who runs the farm with her husband Mick, added: “All they keep saying to me is that I’m a murderer because I’m producing pigs that are going to be eaten. 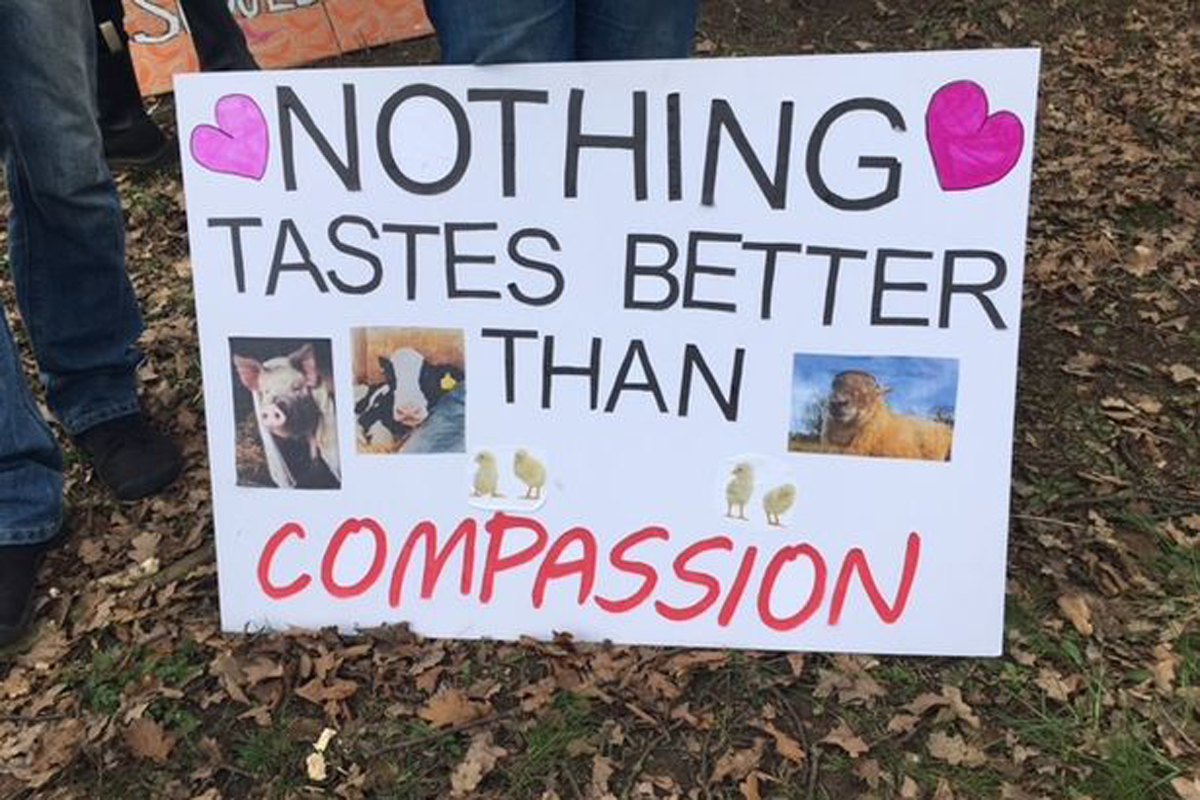 “Yes I do produce pigs that are going to be eaten, but probably 90 per cent of the British public eat pork.

“Our welfare standards are as good as anywhere and the pigs are our priority.

“Our farrowing house lady is absolutely distraught – she’s lost piglets today that we would never lose.

“All they’ve turned round and said is, ‘You would have murdered them anyway in a few weeks’ time’.

“They’ve got no love for animals they don’t understand.”

Mrs Hook also said one of the protesters caused distress to another of her pigs after screaming that it was dead.

She went on: “One of the ladies that was in the barn informed me that she was a veterinary nurse, with tears down her face screaming that a pig was dying. 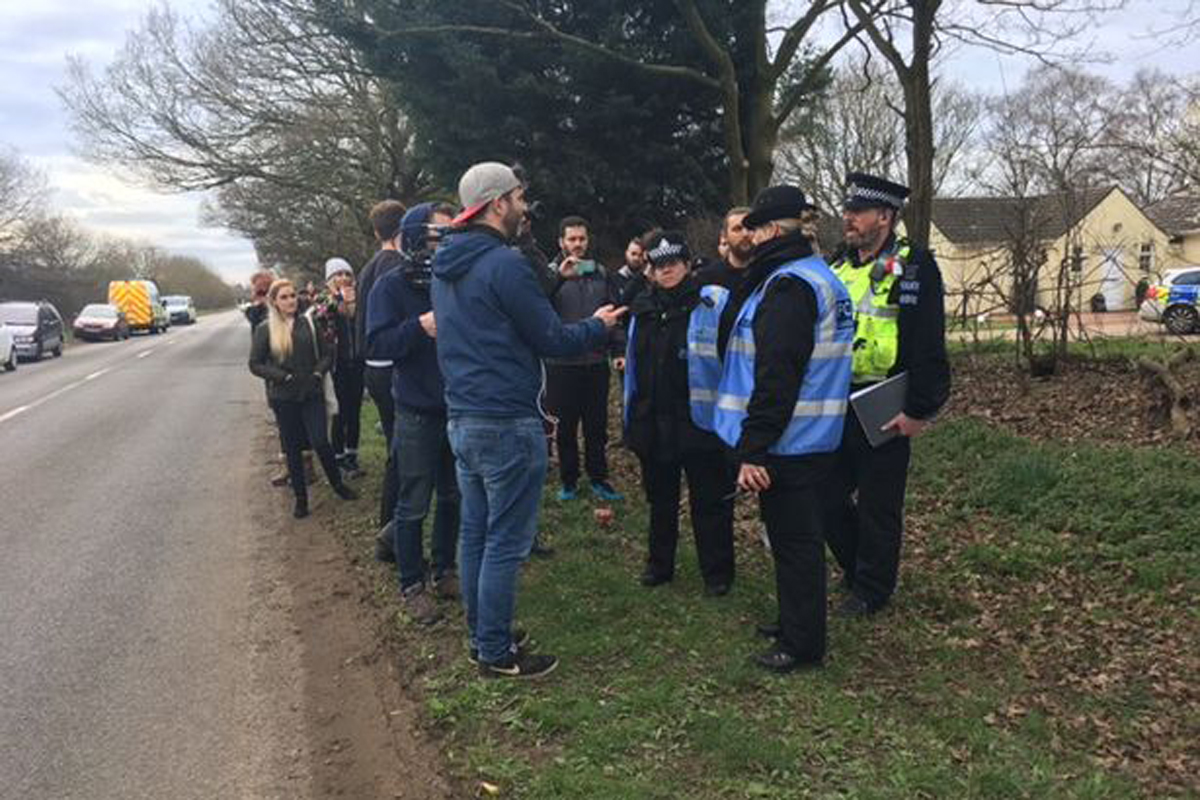 The protesters have denied any wrongdoing. Credit: Lincolnshire Live/Reach

“I went to have a look and reassured her that the piglet was perfectly alright.

“She replied with ‘It’s dying, I know what I’m talking about’.

“I picked the piglet up and it woke up. It was asleep and just dreaming. It screamed when I picked it up, which is what piglets will do when you pick them up.

“They then accused me of being cruel for the way that I handled it.

“I put the piglet back down and it fed from its mum. It was not dying, it was asleep.”

Joey Carbstrong, another activist, said: “The message is that these places operate in secrecy, the public are funding something and they have no idea what goes on in there.

“We are trying to bring what happens in here into the light.”