A teenager has issued a warning after an egg she cooked in the microwave exploded in her face causing temporary blindness to both eyes.

Courtney Wood, 19, is still without the sight in her left eye following the Boxing Day trauma which resulted in excruciating pain as her skin began to blister almost immediately. 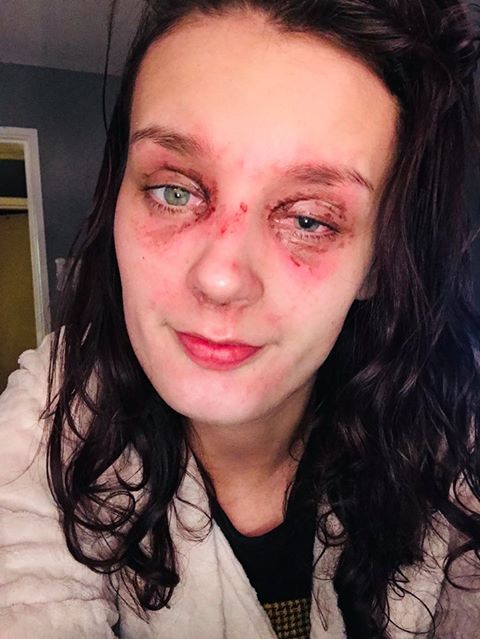 Courtney Wood cooked the egg in the microwave which she has done before. Credit: BPM Media

The care assistant from Newcastle, is warning other people to be aware of the dangers after the egg exploded in the microwave – a method she has used a number of times before.

She said: “On Boxing Day morning I was cooking myself some breakfast. I had put some bacon under the grill and then I put an egg in a jug with a bit of water – as I have done before – and popped it in the microwave for a minute.

“The microwave didn’t ping so I took the egg back out, popped it on the side and checked on the bacon. When I turned back towards the jug the egg exploded in my face.”

Courtney ran into the bathroom and splashed water on her face when the egg exploded. Credit: BPM Media

Courtney, who lives on her own, said she started screaming and ran straight to the bathroom where she splashed cold water on her face. She was in so much pain that she rang a friend.

She said: “By this point I couldn’t see and I was screaming in pain. My friend came round straightaway and he called 111 who told me to go straight to A&E.”

Doctors at the Royal Stoke University Hospital prescribed morphine and applied a wet gauze before telling Courtney that although the burns were superficial and wouldn’t cause any permanent damage she had scratched the surface of both her corneas – and that her left eye was much worse than her right. 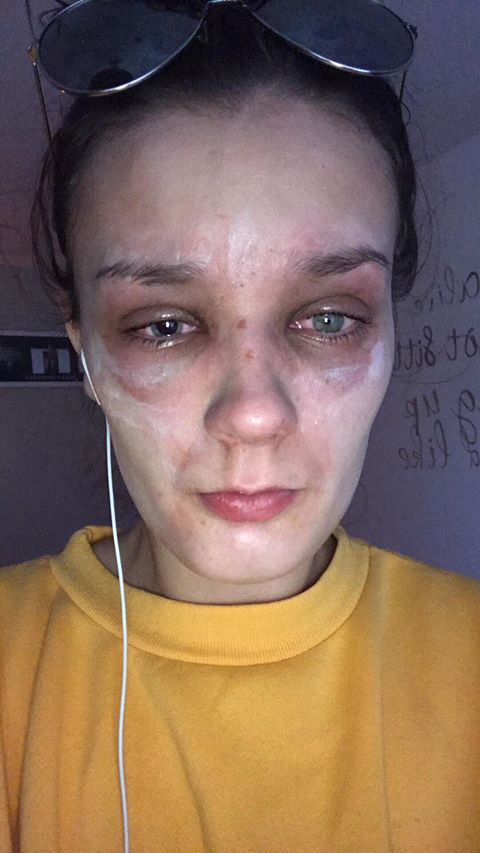 “The sight in my right eye came back within 48 hours but I still can’t see properly out of my left,” said Courtney who stayed with her mum Tracy for a couple of days after the accident.

“I have eye drops and steroids and I have to go back to the eye clinic every day until my eyes have healed. Doctors have told me the sight in my left eye may not be restored for a week or maybe even longer.

“This was the worst pain I have ever suffered – it was horrific – and I would hate anyone else to have to go through what I have been through.”