Remember the genuinely heartbreaking CCTV footage of a dog that chased after its owner after being abandoned at the side of the road?

He was named ‘Snoop’ after rapper Snoop Dogg, and the nation soon rallied to not only find him a loving new home, but also find the cruel culprits responsible for the devastating video.

While it seems the people that ditched him are yet to come to justice, the RSPCA has revealed Snoop thankfully HAS found happiness with a new owner, having moved into a new pad in rural Herefordshire.

Owner Laurence Squire said: “He is a fantastic dog and he settled in straight away. As soon as he came into the house for the first time, he jumped on the sofa and it was as though he decided that was the space for him! He loves to lie on the back of the sofa and if I put the fire on he will curl up in front of it.

“He loves being warm and if he can find his way into a bedroom, you’ll find him under the duvet with his head on the pillow.”

Laurence works from home, which means the Staffordshire Bull Terrier is free to roam around the large garden and surrounding fields, which frankly sounds ruddy lovely. 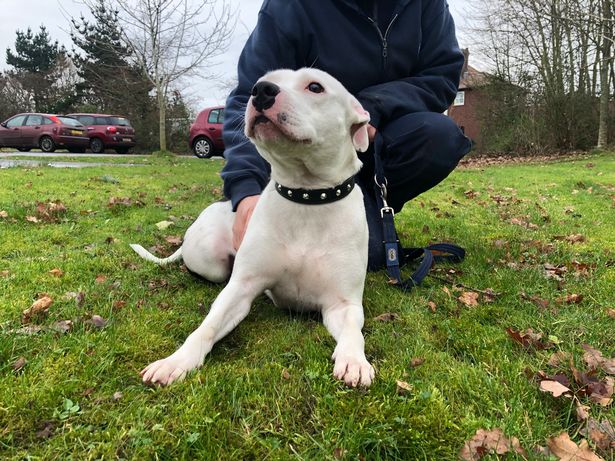 Snoop is enjoying his new life with Laurence. Credit: RSPCA

It gets better, too, as he’s also become a regular at the village pub. 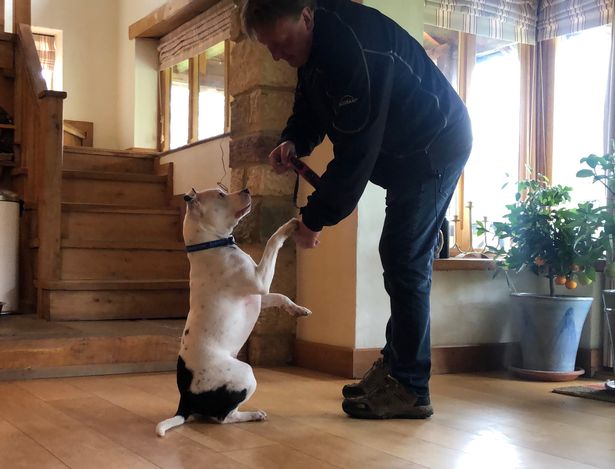 Snoop and Laurence are very happy together already. Credit: RSPCA

Rachel said: “When I visited Snoop in his new home, I could tell straight away that he was in the right place – he and Laurence already have a strong bond and Snoop absolutely dotes on him.

“In the days after his abandonment, Snoop was incredibly nervous and anxious, which is no surprise after what happened to him. But staff at Gonsal Farm worked really hard in building up his confidence and it really paid off. The change in Snoop is massive and we at the RSPCA are so incredibly proud of him.

“His story put into the spotlight the very sad reality of abandonment, something which the RSPCA deals with every day. He was dumped at Christmas, a time of year which we spend with our loved ones, so for something so unloving to happen to him was heartbreaking.

“But the love and attention he is getting now from Laurence is wonderful. Snoop is living like a king.” 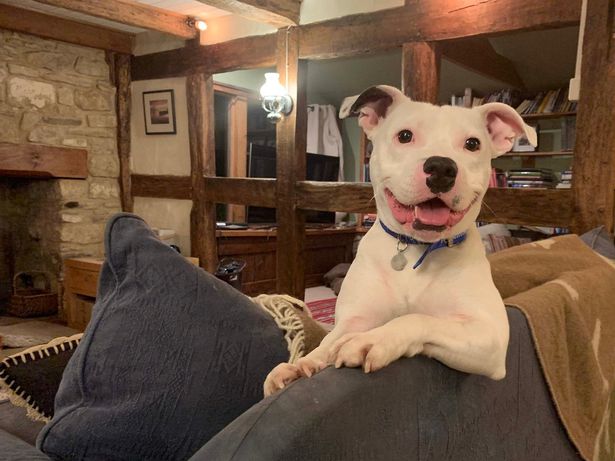 The video of Snoop being left at the side of the road, which was released on Christmas Eve, went viral and the pooch was taken to the RSPCA in Shropshire to be looked after.

But while he is now living a much happier life, the investigation into what happened is still ongoing, so anyone who has any information about the incident should call the RSPCA’s appeals line on 0300 123 8018.