Snoop, the adorable little dog who was cruelly abandoned by his owners just before Christmas, has appeared on Good Morning Britain, where he was described as being in good condition, despite what he’s been through.

Over one million people have watched the footage of Snoop being left at the roadside in Stoke-on-Trent, which was shared by the RSPCA.

The RSPCA has since launched an investigation and since the clip went viral thousands have people have offered him a home – and I can see why, look at this little face: 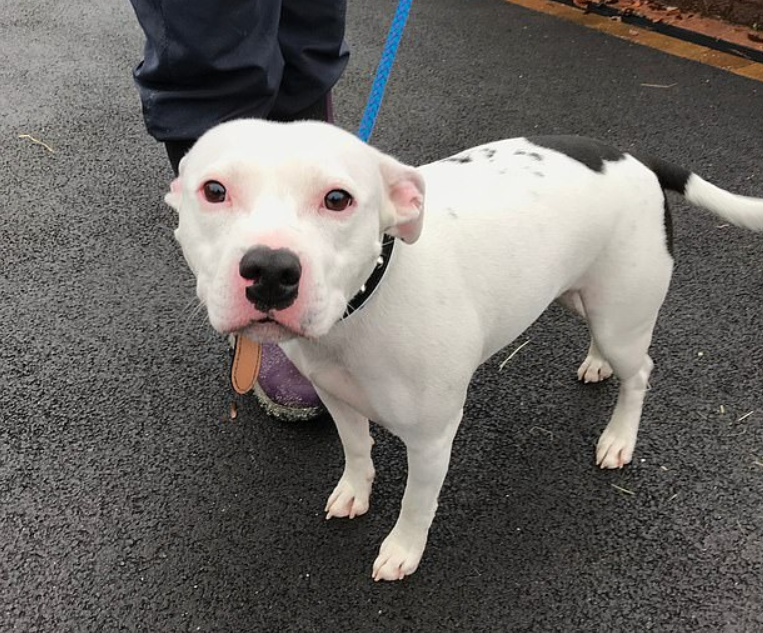 Thousands of people have offered the dog a new home after he was abandoned. Credit: RSPCA

Appearing on Good Morning Britain, Snoop looked healthy and was chilled out while Charlotte Hawkins made a fuss of him.

RSPCA inspector Natalie Perehovsky said he was in ‘good condition’ and that he loved to be stroked, describing him as an ‘attention seeker’.

Talking about the situation, she said: “This is heart-breaking, it’s the way he runs after the owner; he clearly loved who was there. He was obviously distressed.

“I don’t know what was going through their mind when they did that. It could be the expense, it could be family changes, there’s hundreds of reasons.

“But there’s places that help people, you can take him to charities or dog homes; there’s no excuse.”

Speaking about the huge influx of interest from people who want to give Snoop a new home, she added: “We’ve had lots of people, he’s not for rehoming yet but soon as he is we will let people know.

“For now, we want to know where he’s come from, any bit of information to try and piece together how he got where he was.

“His microchip details are not up to date, so we know he’s had another home since then.

“He’s been in the kennels. He’s good with other dogs, he likes to be next to you. He’s had so much attention.”

Snoop was dumped on the corner of Timor Grove and Pacific Road in Stoke at around 5pm on 17 December. In the heart-breaking clip, a man can be seen placing the dog and his bed on the roadside before running back to his car.

As the car begins to pull away Snoop can be seen jumping up at the window.

In a statement alongside the video, Perehovsky said: “The footage has to be seen to be believed, it’s just awful.

“To see the poor dog in such obvious distress jumping up at the car as it drives away it just heart-breaking.

“I can’t understand how someone could do this.

“The vets scanned his microchip and we have traced two previous owners in the Birmingham area, but do not believe either are the current owners, and therefore not those responsible for abandoning the dog.

“One man can be seen clearly in the footage dumping the dog, and there is a second person in the driver seat of the car.

“I am very keen to hear from anyone who recognises the vehicle, the man or the dog.”

Here’s hoping he finds himself a lovely new family soon.