Back in May, Serena competed in the French Open, where she wore this compression bodysuit: 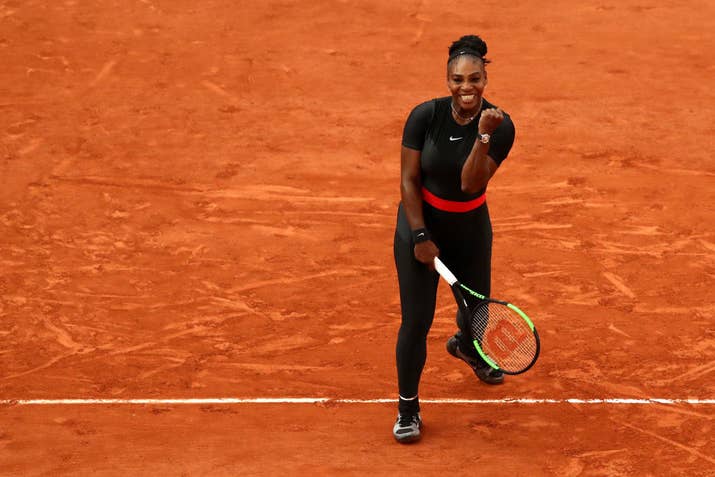 The look was fashion AF, but it served a medical purpose, too. The bodysuit was specifically designed to help Williams prevent blood clots — an ongoing health issue for the athlete. 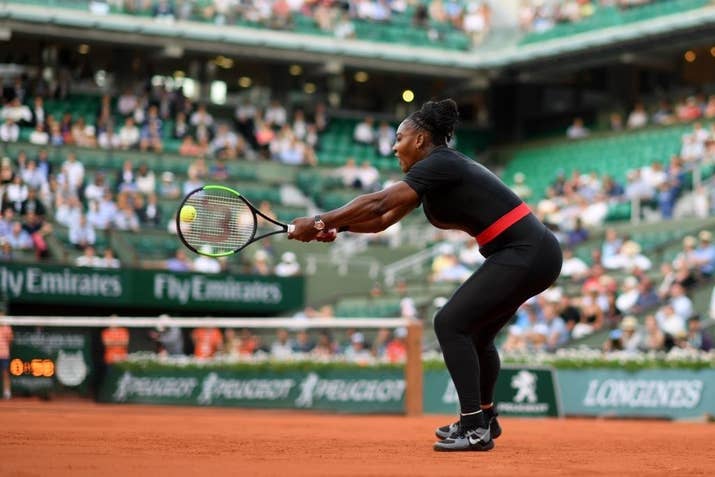 “It’s a fun suit, but it’s also functional so I can play without any problems,” she told reporters at the time. 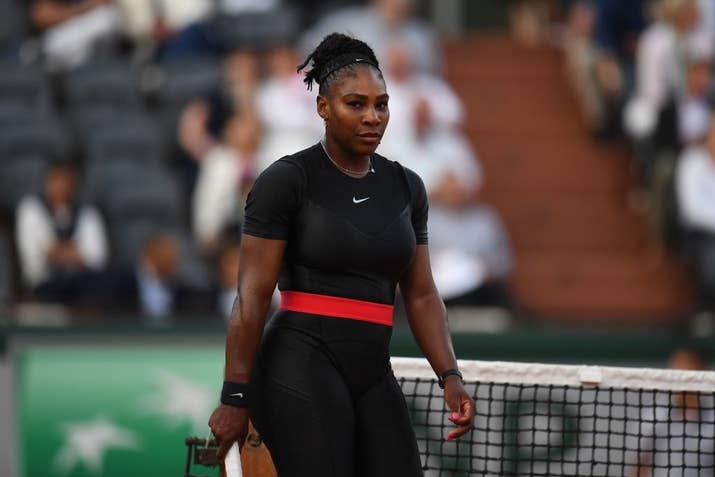 That should have been the end of this story, but alas: This week, the president of the French Tennis Federation, Bernard Giudicelli, announced that they would be enacting a dress code for future games. He said that outfits like Serena’s go “too far,” and specifically called out her bodysuit. 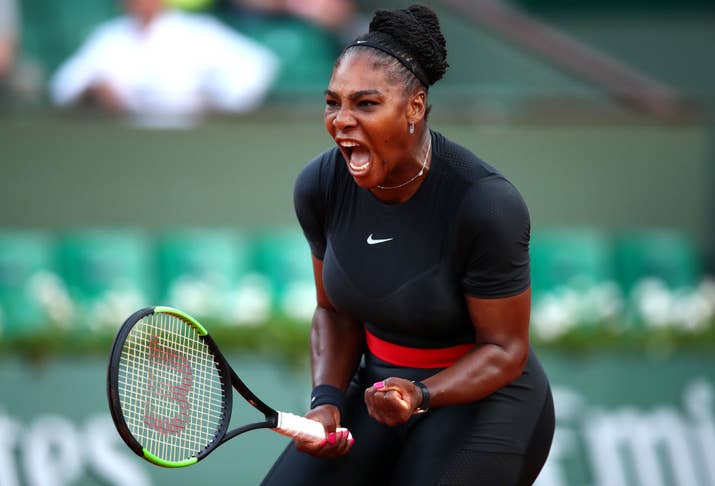 “It will no longer be accepted. One must respect the game and the place,” he said.

HOKAY. SO. Beyond the fact that Serena’s bodysuit served an important medical purpose, a lot of people were angry to see Serena’s fashion being criticized — including tennis legend Billie Jean King.

The policing of women’s bodies must end. The “respect” that’s needed is for the exceptional talent ⁦@serenawilliams⁩ brings to the game. Criticizing what she wears to work is where the true disrespect lies. https://t.co/ioyP9VTCxM

After all, when you’re the GOAT, who gives a shit what you wear?

You can take the superhero out of her costume, but you can never take away her superpowers. #justdoit pic.twitter.com/dDB6D9nzaD

And lots of people took issue with Giudicelli questioning Williams’ “respect” for the game.

Yeah, I'm pretty sure Serena Williams shows "respect" for the game by playing it better than, you know, everyone ever.

All of this BS brings us to yesterday, when Serena competed in the US Open. And what did she decide to wear for the game, you ask? A gorgeous, flowy, black tulle TUTU. 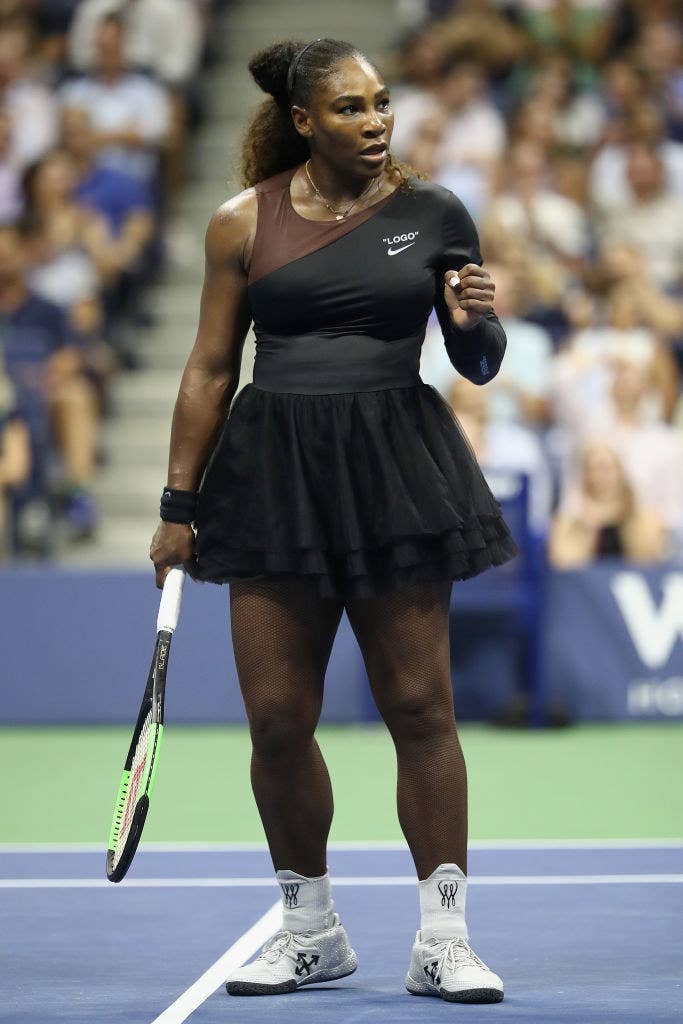 And she looked freaking INCREDIBLE. 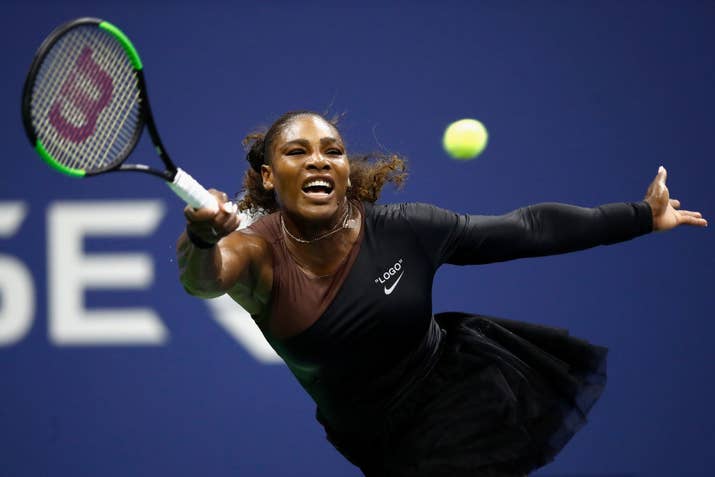 Serena finished the look with a pair of fishnet tights, which provided the compression she needed from the original bodysuit to prevent clots. 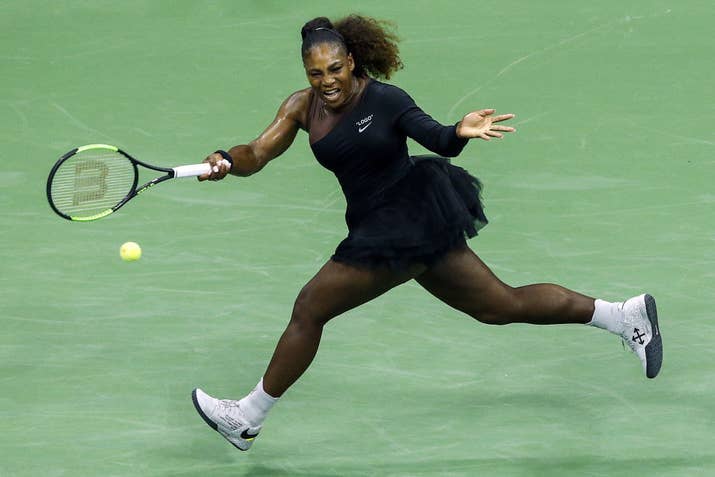 The tutu dress is part of designer Virgil Abloh’s “QUEEN” collection with Nike — a line inspired by Serena herself.

willing to design dresses for her for life.

Oh, and PS: She won her match in that tutu. Buh-bye! 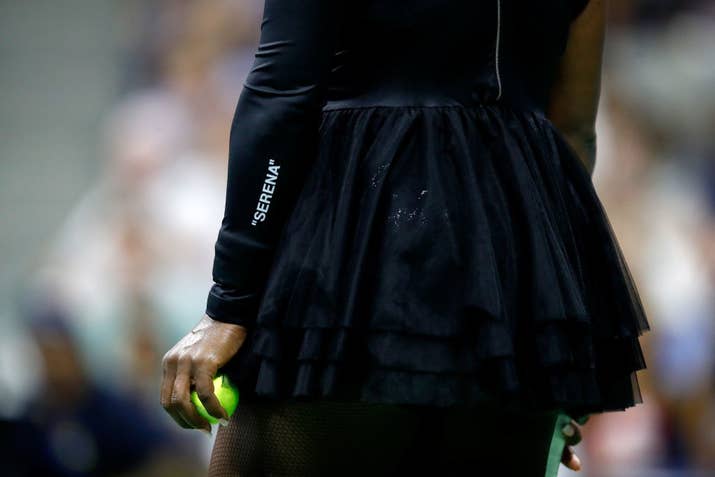