The Royal Guards stunned tourists in London on Monday as they treated them to a rendition of Queen hit ‘Bohemian Rhapsody’ outside Buckingham Palace.

The Band of the Grenadier Guards were playing the song to honour the success of film Bohemian Rhapsody, which cleaned up pretty well at the Golden Globes the night before.

Twitter user @Frosty_Trap tweeted a video of the guards playing the song, writing: “I’m at Buckingham Palace. AND THESE F***ERS PLAYED BOHEMIAN RHAPSODY.”

Others were equally impressed by the performance, with one person commenting: “CHILLS. LITTERAL CHILLS.”

Another wrote: “Doesn’t get any better than that.”

Someone else even suggested: “Can we make a petition to make borhap our new British anthem?“

While another person said they had a ‘whole new respect for Her Majesty the Queen’. 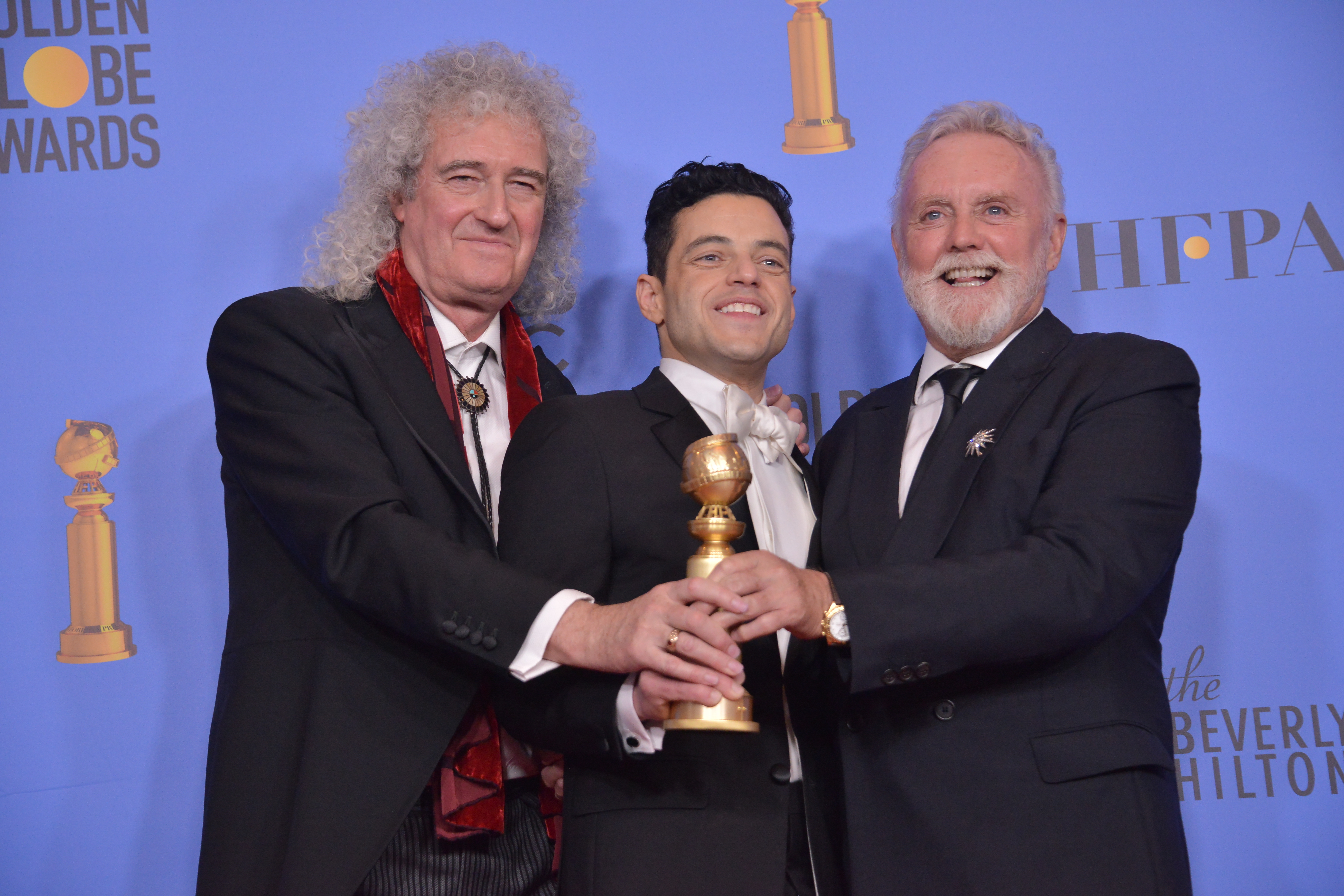 Roger Taylor and Brian May of Queen and Rami Malek at the Golden Globes. Credit: PA

Unless you’ve been living under a rock for the past few months, you’ll know the song inspired a recent Queen biopic of the same name, which won big at Sunday evening’s Golden Globe Awards – even taking away the highly-coveted Best Picture accolade.

Rami Malek also won a Golden Globe for his portrayal of the late Freddie Mercury in the film, closing out his acceptance speech by dedicating his award to the man he played on screen, saying: “Thank you to Freddie Mercury for giving me the joy of a lifetime. I love you, you beautiful man. This is for and because of you, gorgeous.”

The 37-year-old, LA-born actor also paid tribute to the other members of Queen, guitarist Brian May and drummer Roger Taylor, who he sat with for the ceremony.

He thanked them ‘for ensuring that authenticity and inclusivity exists in music and in the world and all of us’.

And ‘Bohemian Rhapsody’ wasn’t the only Golden Globes winner the band paid tribute to, as they also reportedly also went on to play a rendition of the Game of Thrones theme tune in honour of the show’s star, Richard Madden – who walked away from the awards ceremony with a Golden Globe for his role in BBC drama Bodyguard.

However, it looks like there weren’t any nods to A Star is Born, which won a Golden Globe for Best Song for ‘Shallow’.

Producer Mark Ronson accepted the award with the some of the cast on stage, telling the audience, but mainly Lady Gaga: “The genius comes from you.”

Gaga added: “As a woman in music it is really hard to be taken seriously as a musician and songwriter. These three men lifted me up.”