A photographer in Norway has snapped a rare white reindeer, who almost disappears into the snowy background. Just in time for Christmas, eh?

According to photographer Mads Nordsveen, from Oslo, the adorable little reindeer wasn’t shy and was happy to pose for some photos.

Mads was out hiking with some pals when they spotted the rare animal, which wasn’t in the least bit scared and went over for a closer look at the group.

Twenty-four-year-old Mads said: “I was walking in the mountains looking for nice landscapes for my travel photography when out of nowhere I saw this wonderful little creature

“He came very close to me and we looked at each other straight in the eyes.

“He was quite relaxed when he saw that I was calm and friendly. It was almost as if he posed for the camera.

“He was very curious and fun. Like a little explorer. 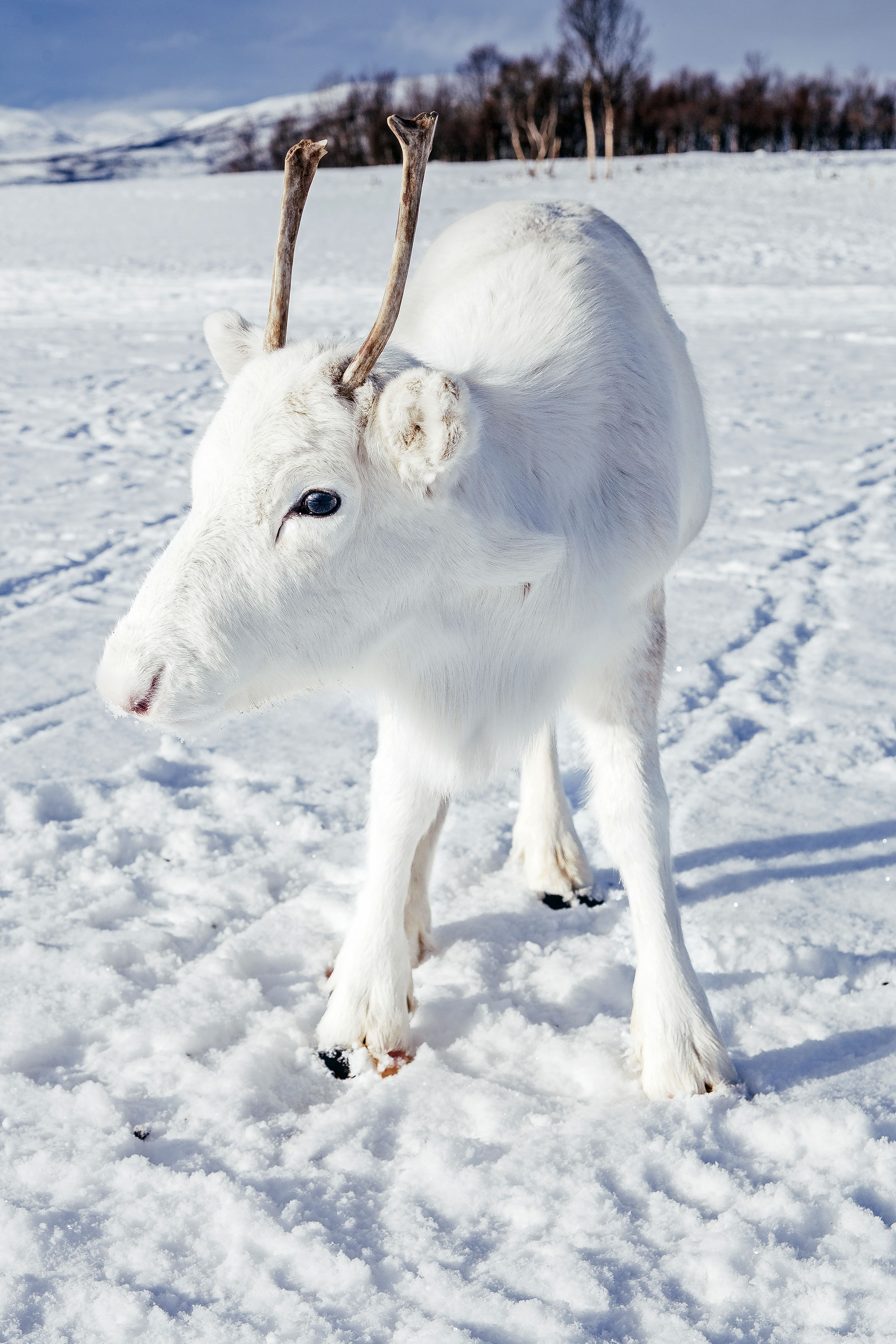 The reindeer has a rare genetic mutation meaning its fur is pure white. Credit: Caters/Mads Nordsveen

Despite their pure white coats, white reindeer aren’t albino, instead they have a rare genetic mutation that strips pigment from their fur – but meaning that their eyes still have darker pigmentation, as do their antlers.

A couple of years back, a photographer captured an impressive set of photos of a white reindeer in Sweden. In snaps taken by Siv Poijoin Mala, the all-white reindeer could be seen stood at the side of the forest about to cross a road.

Unlike the younger reindeer photographed in Norway, this one did appear to have have a pink-ish tinge to its antlers and…is that a red nose?

Sib said: “In the pack there was only one white reindeer, it is not that often you see one.

“For the Sami people, the white reindeer have special significance – I think they bring luck and are considered holy. 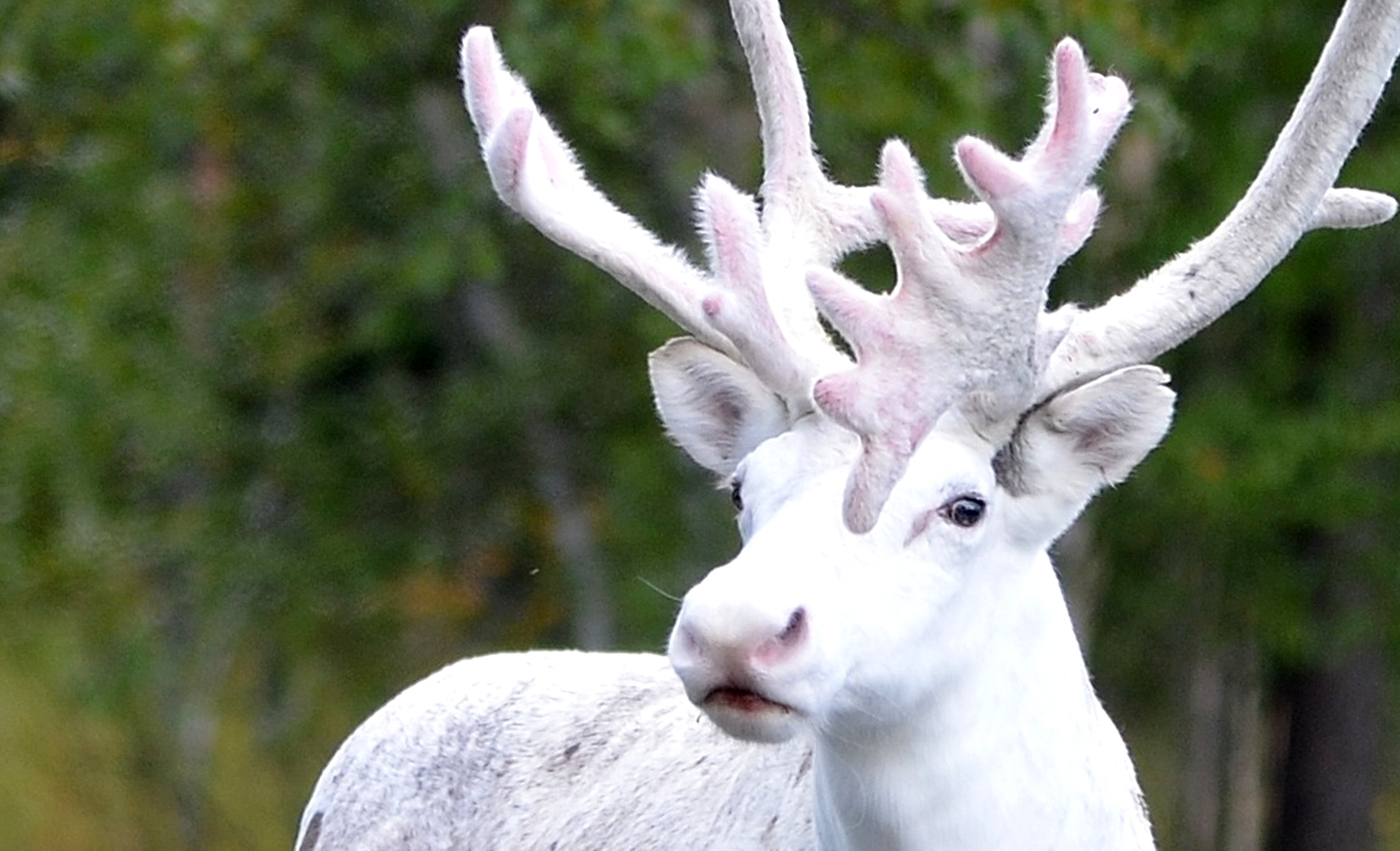 An adult male reindeer was spotted in Sweden in 2016. Credit: Caters

“It just stopped at the side of the road and I managed to take a picture.”

Reindeers are, of course, traditionally associated with Christmas, being Santa’s preferred method of transportation and these snow-white ones are especially festive-looking.