here have been some strange social media challenges in the past few years. First of all, people started lying face down on as many things as they possibly could. Then there was the Birdbox challenge and let’s not forget ‘neknominate’ – the ‘fun’ internet craze which encouraged participants to guzzle ridiculous amounts of booze.

Each of these viral trends made absolutely no sense. So it’s nice to see something positive for a change – even if it does highlight the fact that people, unfortunately, can’t pick up their own shit.

The ‘Trash Challenge’ or #trashtag is seeing people from all over the world clearing up beaches, parks, and litter-strewn streets before calling on others to clean up their own communities. 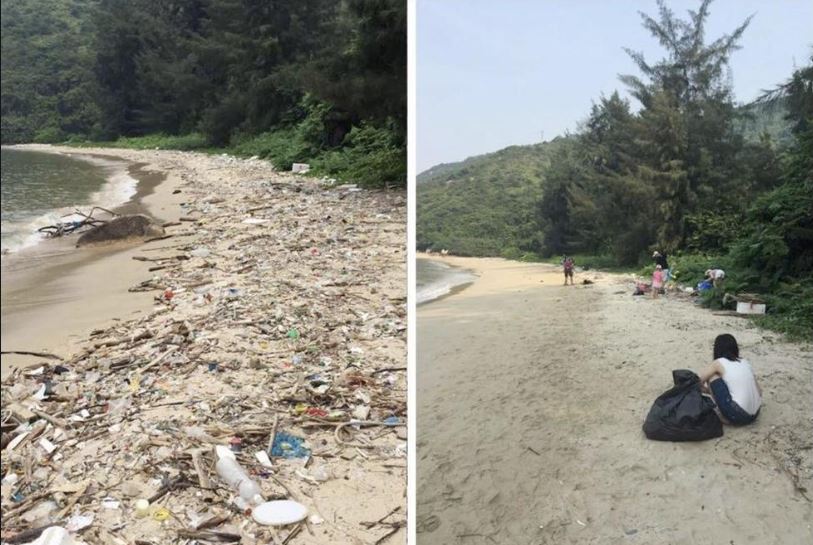 This is one of the examples where the poster used #trashtag. Credit: Reddit

The concept of #trashtag has been around for years but it was over the weekend that it started to pick up momentum again with people posting before and after pictures to social media.

The dramatic cleanup operations included wooded areas covered in plastic trash which was picked up and collected into bin bags.

#trashtag seems to be trending. This one's from Nepal 🇳🇵 pic.twitter.com/stAxbQXhup

The craze called on ‘bored teens’ to get involved and, as word began to spread, so did #trashtag.

I don't have a before-and-after picture, but here's a couple of pictures of me with my family picking up trash from the road side whenever we made a rest stop. #trashtag pic.twitter.com/TygYf2dM13

Did our part today for #trashtag while offroading in the mountains of California. via /r/pics https://t.co/1duo3B8pnJ created by: https://t.co/HP3Iew3S7L pic.twitter.com/WRD5sAsiwz

Many people also included an explanation as to why cleaning up areas of the natural landscape is so crucial.

Taking to Instagram, Cody Hanson explained: “It’s the only outdoors we have. We all use it for many different things but it is the only one we have. So let’s all do our part and treat it with respect.

“Let’s pick up after ourselves and then pick up extra. It only takes a few minutes of your time to pick up something that’ll far outlast us, humans, if left alone.”