It was a historic day yesterday (3 Jan) for the United States Congress as the rules against wearing headgear – of any kind – in the chamber were overturned after 181 years.

Congresswoman Ilhan Omar – who 23 years ago was a Somali refugee – became the first member of the US Congress to wear a hijab in the House of Representatives.

Whereas other headgear such as baseball caps and cowboy hats are still banned, religious headwear will be allowed after the Democrats formally ended the ban as part of a package of rules to govern the House.

The 37-year-old Minnesota representative tweeted: “As a kid, I acted as my grandfather’s translator at our caucuses and he was the one who first sparked my interest in politics. I wish he could be here to witness this historic moment, but he was here in spirit as I placed my hand on his Quran for the ceremonial swearing in.” 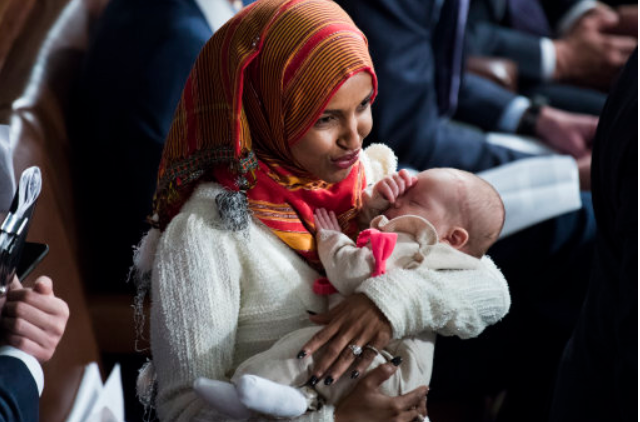 This momentous change follows Omar’s tweets towards the end of last year, which stated her determination to wear her hijab when she was sworn in.

“No one puts a scarf on my head but me,” she tweeted last November. “It’s my choice – one protected by the first amendment. And this is not the last ban I’m going to work to lift.”

It was reported to be a busy and jubilant day for the opening of Congress as a normally sedate House had a completely different feel to it – even Congressman Eric Swalwell was spotted cradling his baby daughter. 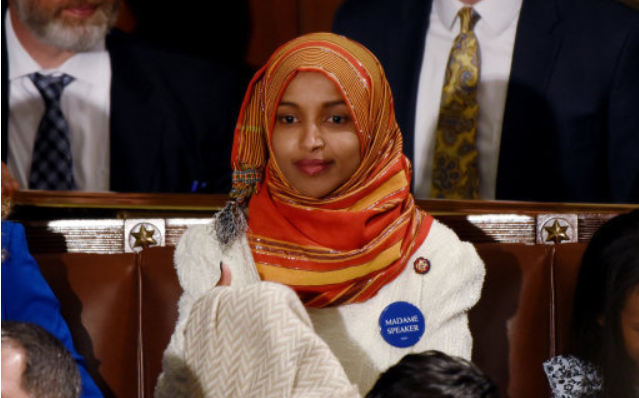 Omar became the first person to wear a hijab in Congress. Credit: PA

Omar is one of two Muslim women who were elected to Congress, with the other being Congresswoman Rashida Tlaib. Although Tlaib didn’t wear a hijab, like Omar, she was sworn in using the Quran.

The House of Representatives now has a record 102 women – this includes a whole new generation of Muslims, Latinos, Native Americans and African Americans.

After she was sworn in, on Thursday, she made a statement saying: “I plan to resist the current Administration’s attempts to divide us and push destructive policies that chip away at our rights and freedoms.

“We have the opportunity to build a more inclusive and compassionate culture, one that will allow our economy to flourish and encourage more Americans to participate in our democracy.”

It has been confirmed that Omar voted for Nancy Pelosi to serve as Speaker of the House, as Sputnik News reported she said she was “proud to vote on legislation to bring an end to the government shutdown and reject Trump’s ‘hateful’ border wall.”