Boxing legend Mike Tyson has been spotted revelling in the marijuana biz after he attended a cannabis festival and smoked a foot-long joint.

This came after he bought a 40-acre ranch in California last year with the intentions of setting up a growing plant.

So it probably didn’t come as a huge surprise that he was at the marijuana-themed event held by BREALTV – but he might have just been getting some inspiration because, according to The Sun, Tyson will be hosting his own weed-turned-music-festival at his ranch on 23 February.

He has been an advocate of the Class B drug and puffed away on the spliff – which he had to hold with two hands – at the event as photographers snapped his pictures. 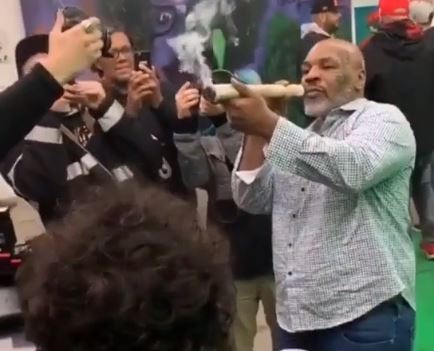 Tyson is clearly taking advantage of California’s legalisation of the recreational use of the drug and he has set 20-acres aside for his cannabis farm.

The Sun reported that he also has his own school to teach farmers how to grow and develop their strains – called the ‘Tyson Cultivation School.’

Back in November 2018, Conor McGregor hung out with the former heavyweight world champion and dubbed his strain ‘KO Kush’ as ‘really nice’. 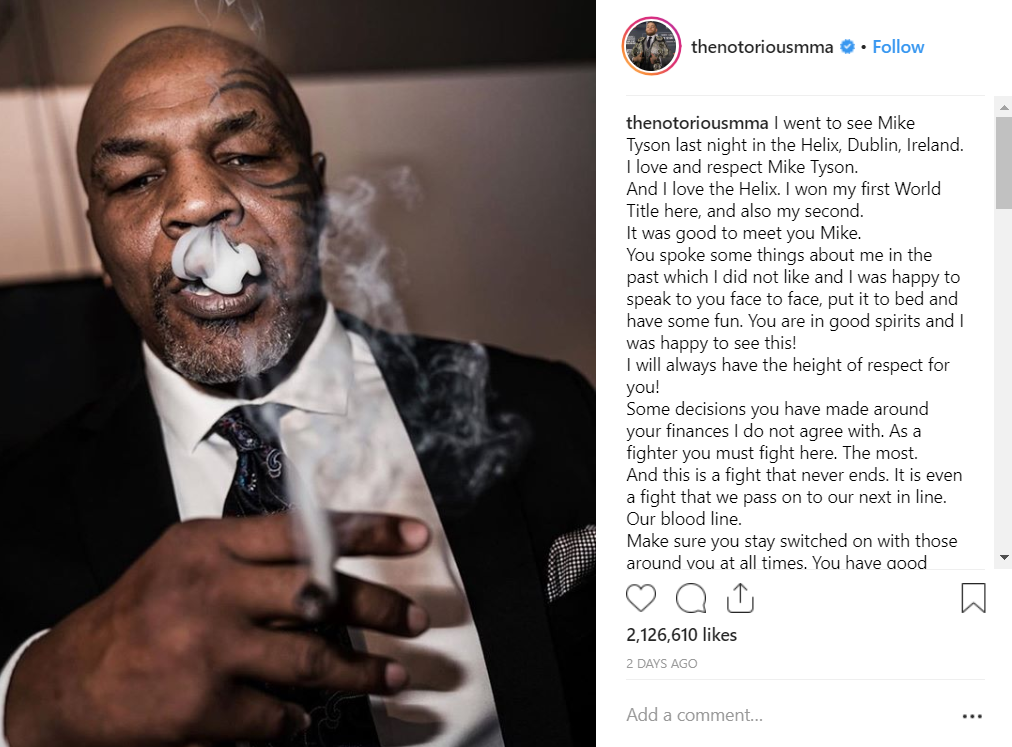 According to a post on Instagram, the two have put their differences ‘to bed’, with the controversial MMA star admitting that Tyson will always have his ‘endless love and respect’.

McGregor followed this up with another photo of himself laughing, holding what looks like a joint, writing: “Some giggle off that Cherry Pick Kush.”

Some giggle off that Cherry Pick Kush 😂 pic.twitter.com/ZXh8TR8IU9

At the time, fans had a lot to say about the photo (shock horror) – with one tweeting: “Now this is a picture I never thought I’d see.”

Another added: “Two living legends high on life.” Well, a bit more than life but yeah, whatever.

Others decided to scold McGregor over the photo, saying that he shouldn’t be on the ‘Cherry Pick Kush’ if he wants to keep his fighting game strong. 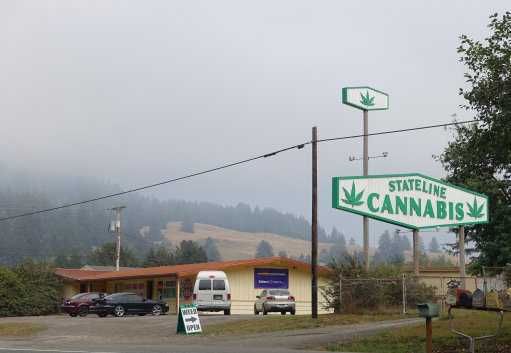 A sign saying ‘Stateline Cannabis’ can be seen on the Highway 101 near Brookings at the state border between Oregon and California. Credit: PA

One person told him: “Get cannabis out ur lungs lad then maybe you won’t gass out half way through fights all the time.”

Someone else said: “Don’t pls don’t need u having energy in the later rounds!”

A third commented: “Then the man wonders why he can’t win a ufc fight pissed up and high every other day…”

While some said that Tyson looked very ‘unimpressed’ in the second photo, others speculated that he was merely waiting for his turn…