Three men who caused a huge shop explosion which killed five people in a botched £300,000 insurance scam have been found guilty of murder.

Store owner Aram Kurd, 33, Arkan Ali, 37, and Hawkar Hassan, 32, are facing life in jail after being convicted by a jury today following a five-week trial.

The devastating blast obliterated the Zabka Polish supermarket in Leicester on February 25. 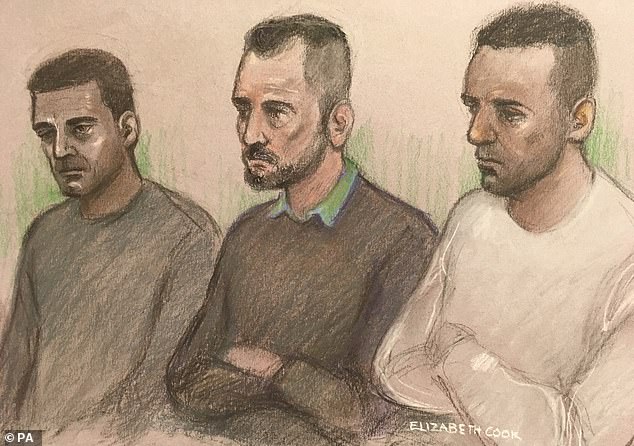 At where they are on trial for the murder of five people who were killed in a shop blast. They are also accused of plotting with one of the victims to make a bogus insurance claim before she died in the explosion which destroyed a shop and flat on Hinckley Road in Leicester. PRESS ASSOCIATION Photo. Picture date: Wednesday November 14, 2018. See PA story COURTS Explosion. Photo credit should read: Elizabeth Cook/PA Wire 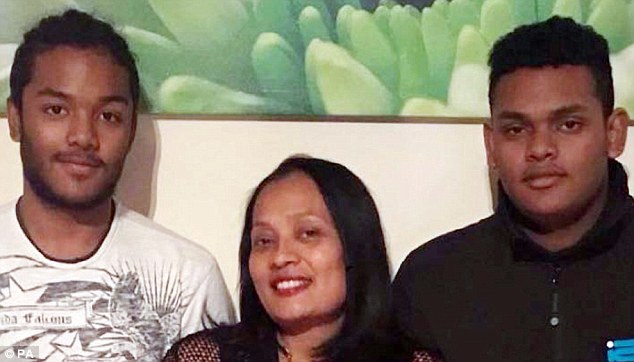 Mary Ragoobar (centre) and two of her sons, Sean (left) and Shane (right), were killed

A court heard the scheming trio callously caused the explosion by dousing the shop in ‘many, many litres of petrol’ which sent a fireball tearing through the building.

Care worker Mary Ragoobeer, 46, and her two sons Shane, 18, and Sean, 17, perished in the inferno at their two-storey flat above the store. 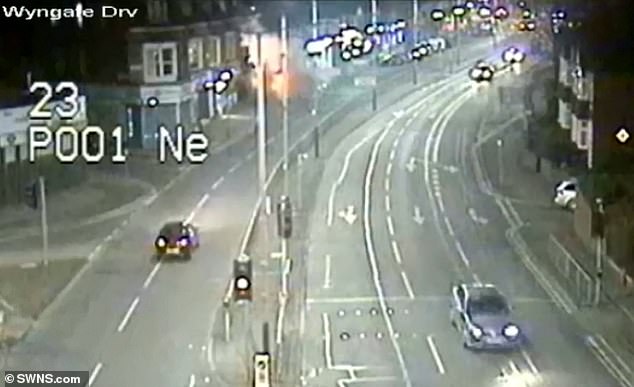 Ali, Kurd and Hassan were convicted of five counts of murder as well as conspiracy to commit fraud after a jury deliberated for 11 hours and 20 minutes. 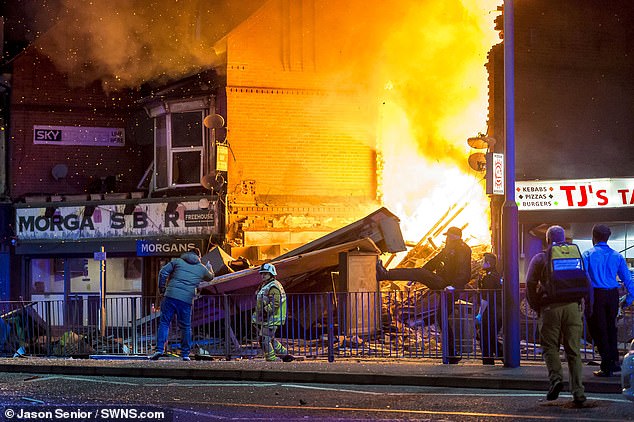 The three men showed no emotion in the dock at Leicester Crown Court while the verdicts were read out. Family members of the victims wept in the public gallery.

The jury was previously told the men caused the massive blast ‘out of greed’ so they could fork in hundreds of thousands of pounds from a bogus insurance claim.

It was claimed they were fully aware that Ms Ljevleva, who was in on the scam, would perish in the explosion but let her die anyway as ‘she knew too much’.

The three men had previously claimed for loss of stock, contents and future loss of business before the explosion took place. 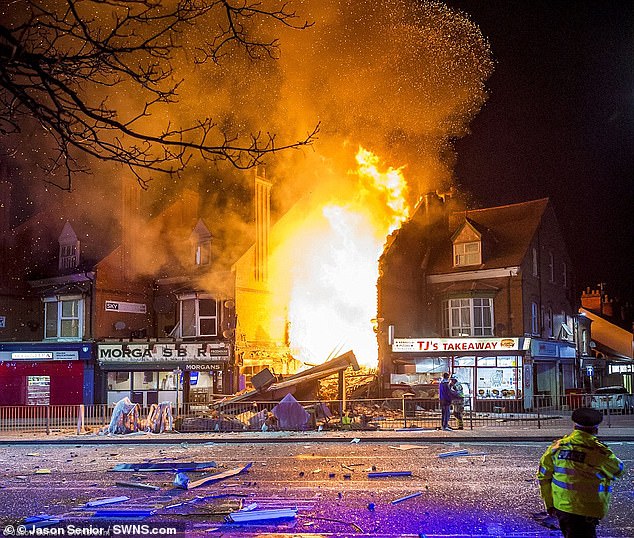 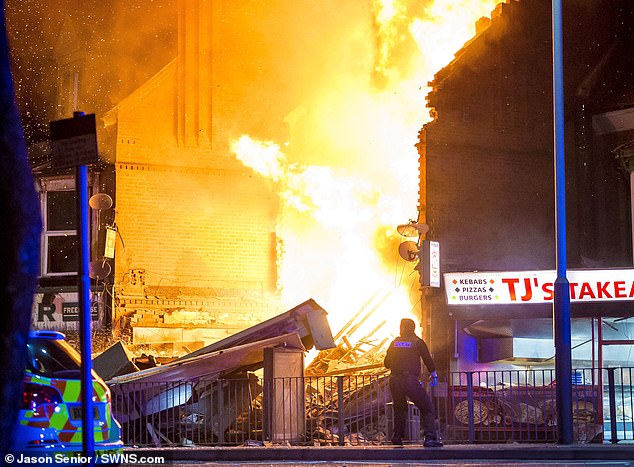 The three men had previously claimed for loss of stock, contents and future loss of business before the explosion took place

Scotty Ragoobeer, 15-year-old brother of Shane and Sean, was rescued from the rubble and survived. Passerby Thomas Lindop, 56, was also seriously injured.

CCTV and traffic camera footage released by police at the end of the trial shows people escaping from a nearby takeaway moments after the explosion, and rubble being blasted into the roadway as cars pass by.

Footage recovered by police from a neighbouring business showed Ali in shot three days before the blast – moments before the camera angle was moved.

Further images from the same CCTV unit a day before the fire showed a gloved hand moving the camera angle again – at a time when all three defendants were nearby. 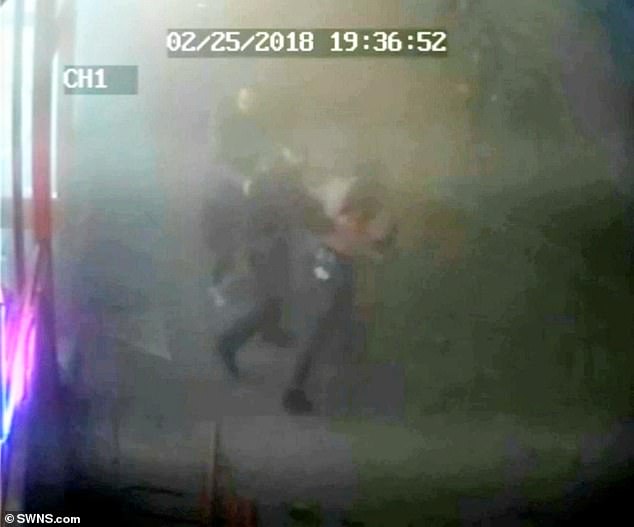 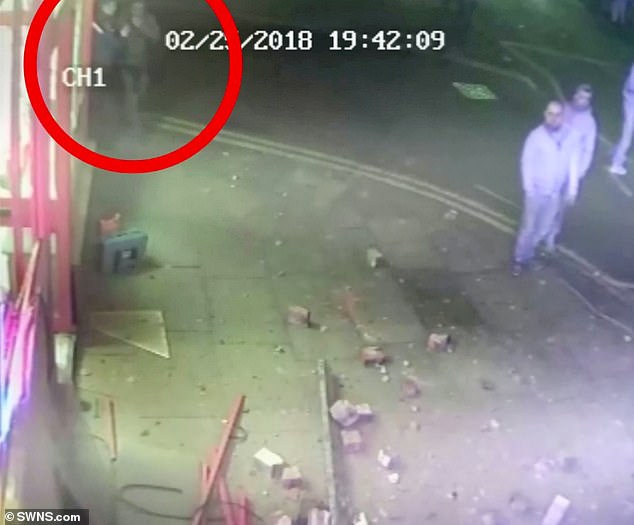 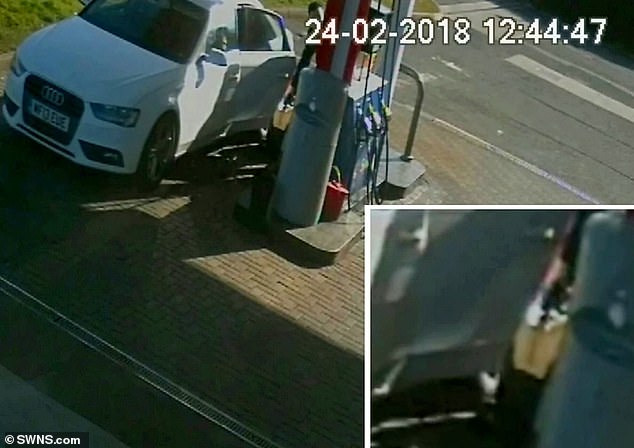 Hassan fills a petrol can. Around 26 litres of petrol was used to start the fire in the basement

Kurd was also recorded on a security camera as he escaped from the scene at the rear of the shop.

Ali, Hassan and Ms Ljevleva bought 26.6 litres of unleaded from a petrol station the day before the blast.

In the aftermath of the tragedy, Kurd even shamelessly gave interviews to media outlets describing how he was lucky to escape the blaze. He said: ‘I couldn’t breathe. 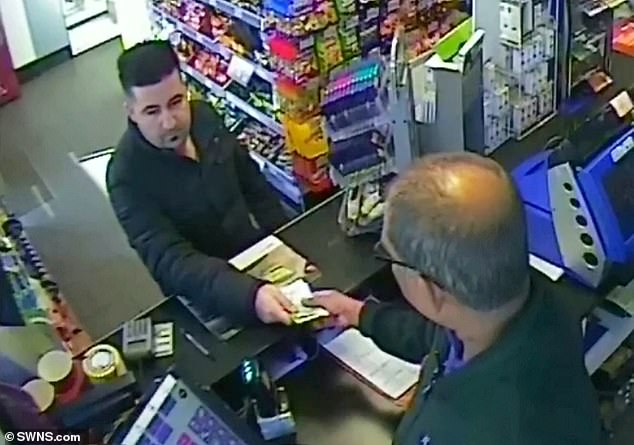 CCTV also captured Hassan paying in cash for the petrol, which triggered a massive explosion 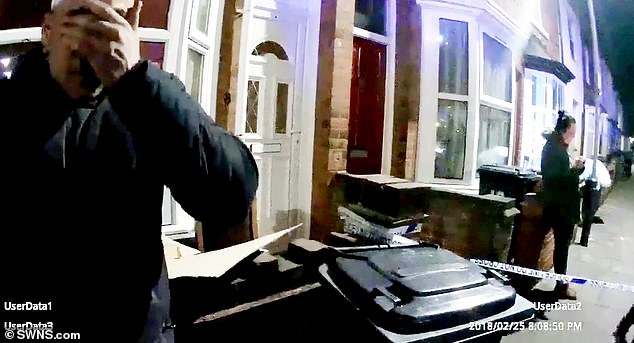 ‘Everywhere I could see fire, like I was inside hell. It was a big noise. I found myself going up and then to the floor. For two or three minutes I couldn’t feel anything.

‘I was shouting ‘Viktorija, Viktorija’. I can’t believe what has happened. I don’t know how I survived. For some reason God has decided to keep me alive. I know I am extremely lucky.’

During the trial, David Herbert QC, prosecuting, said the blast was so loud that people living near by thought that a bomb had gone off.

He added that it ‘did not bother these defendants one bit’ that a family were in the flat enjoying their Sunday evening. 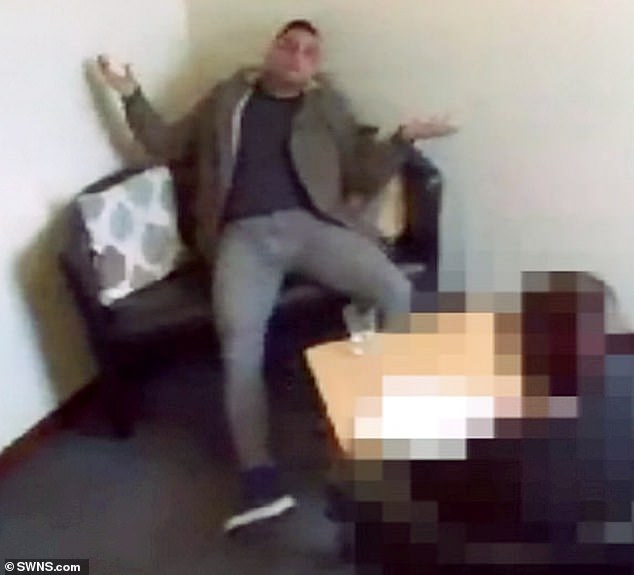 Kurd, pictured in a witness interview, had described how he was lucky to escape the blaze 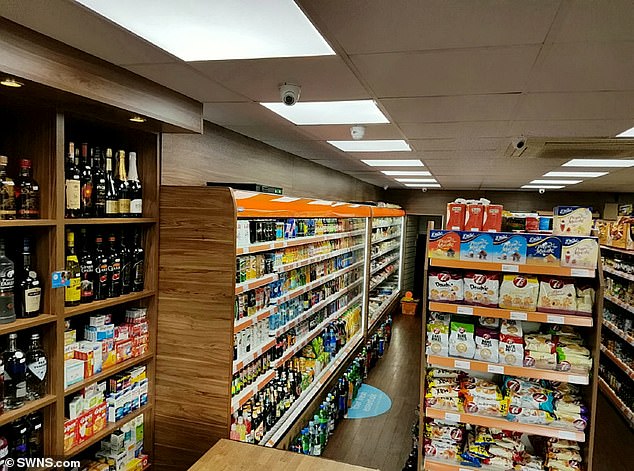 The Zabka Polish supermarket, which was destroyed, is pictured prior to the explosion

He said: ‘It was an explosion caused by many, many litres of petrol. It was deliberate.

‘It was a plan to profit from a false insurance claim for loss of stock, contents and future loss of business from the shop that was on the ground floor.

‘Evidence indicates that had the crime been successful the insurance claim would have been in the region of £300,000. In part it boils down to greed. It is a case of murder.’