A man who sold one of his kidneys to get himself a new iPhone and iPad is now bed-bound and requires around-the-clock care, according to reports.

According to Chinese media, the man, known only as Wang, the teen was given 22,000yuan (£2,528) after selling the organ on the black market. Reports at the time claimed that he wanted to buy a new tech products, but his parents couldn’t afford them.

He reportedly found some dodgy middlemen on an online forum called QQ, who said they could help him raise the necessary cash if he was willing to flog one of his kidneys.

Speaking to CNTV.cncn, Wang said: “At the time, I wanted to buy an iPad2, but I didn’t have any money. When I was on the Internet, I had a kidney agent send a message, saying that selling a kidney can give me 20,000.”

The teen secretly arranged to travel from his home in the eastern Anhui Province to the southern Hunan Province, without letting his folks know.

Wang then went on to buy himself an iPhone 4 and an iPad 2 before he returned home.

However, once home, his parents found out what he had done and, understandably, hit the roof. 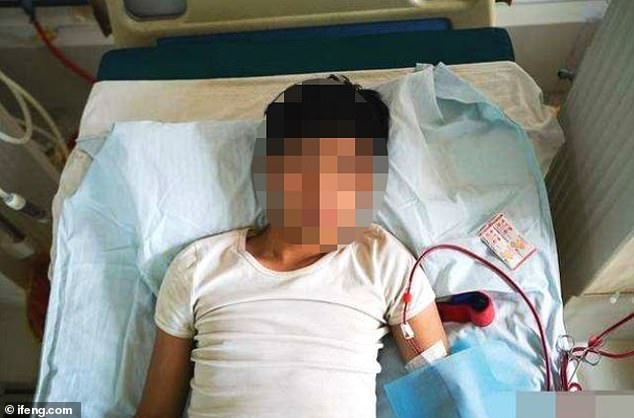 The man was just 17 when he went through with the procedure.

His mum called the police and in 2012 nine people who were involved in the deal were jailed – with the middlemen being sentenced to three to five years and the surgeons each being given three years.

According to recent reports, Wang now has renal failure and is reliant on regular dialysis. He has to live on benefits as he is unable to work.