Just over a week ago, Ryan Reynolds was set up by his mates Hugh Jackman and Jake Gyllenhaal when they told him the party they were going to was Christmas jumper themed.

That being said, Anthony Gardiner must feel a helluva lot better knowing that even Deadpool himself gets caught out from time to time, just like he did when his own pals told him that their night out was fancy dress – and he decided to go as no other than Hulk. Classic.

Anthony, from Durham, clearly paid attention to detail because not only did he pull off the padded body suit but he also covered his face with green body paint and didn’t forget his bare hands and legs.

His mates, who were all dressed in normal clothes, roared with laughter on their realisation that they had pulled off the prank and, luckily, Anthony laughed along with them.

He didn’t really have a choice though did he? 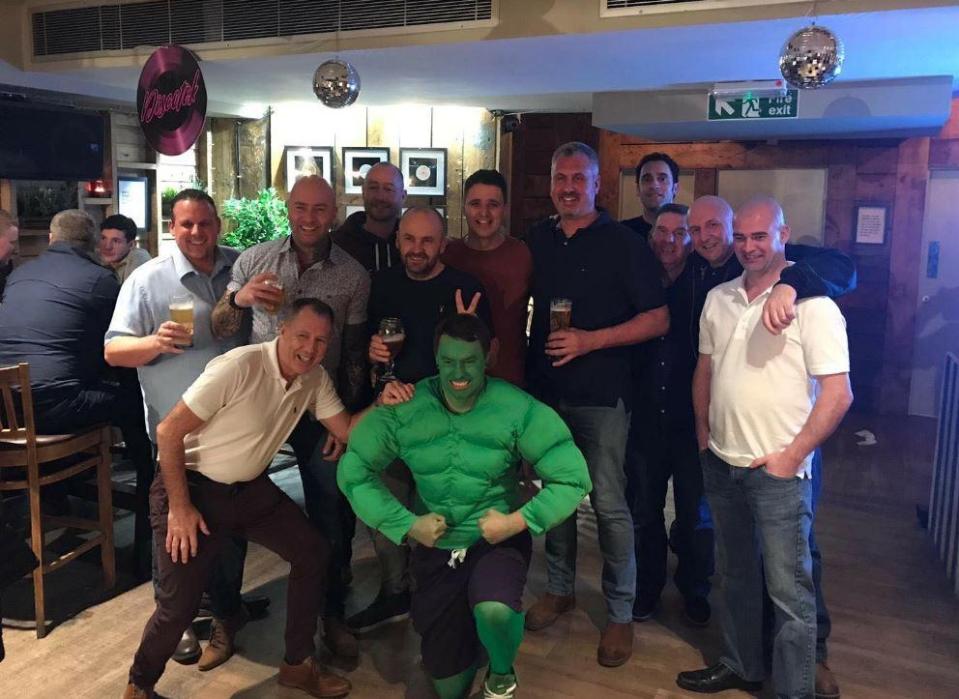 Anthony Gardiner thought all his mates would turn up in their fancy dress outfits as well. Credit: NCJ Media

Just to rub salt into the wound, his workmates even videoed the moment he walked into the pub. As you can see in the clip, it’s clearly an awkward time for Anthony – what with being dressed as Hulk and all.

Then to make matters that little bit worse, the video was posted to social media and over 100,000 people have already watched it.

Anthony said, understandably: “I felt like a right idiot as I walked in.”

But there is a plus side to being the butt of a joke on a night out – it meant that he didn’t pay for a drink the entire evening. Most of us would cover ourselves in green paint to get a free night out, wouldn’t we?

“I never paid for a drink all day so was worth it,” he added. “And after a few, I started to feel less of an idiot.

“I took some photos with some kids who loved the outfit and everyone else in town including myself seemed to see the funny side.” 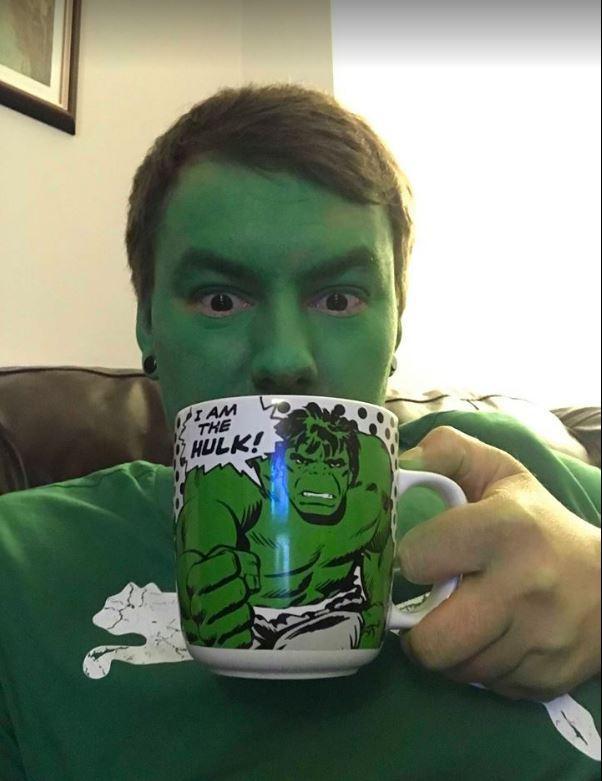 Little did Anthony Gardiner know but he was being pranked by his friends. Credit: NCJ Media

Anthony and his fellow car transporters always meet over Christmas for a day session. This year they had arranged to meet in Durham pub the Half Moon.

His pals Yak Williams and Mark Blackburn had told him to dress up as his favourite superhero.

To drive home the practical joke, they’d put on Facebook that they were dressing as Batman and Robin – with one of them even uploading a picture in full costume. So Anthony didn’t suspect a thing – sneaky fellas, we like it.

According to Mark, the word Anthony used to describe his so-called pals after they pulled the stunt isn’t suitable. But he added: “I think he secretly loved it!”