A woman who claimed she found a ‘brains’ in her KFC chicken was told by the food chain it was just a bit of kidney.

Sydney customer Sarah Palmer, 26, shared the graphic image on the fast food chain’s Facebook page on Friday after she and a group of friends ordered a Giant Feast for a home delivery at a KFC in Sydney’s west.

‘Upon purchasing what I had hoped would be some finger lickin’ good chicken from KFC Parramatta, I was horrified to find what looks like … brains,’ she wrote. 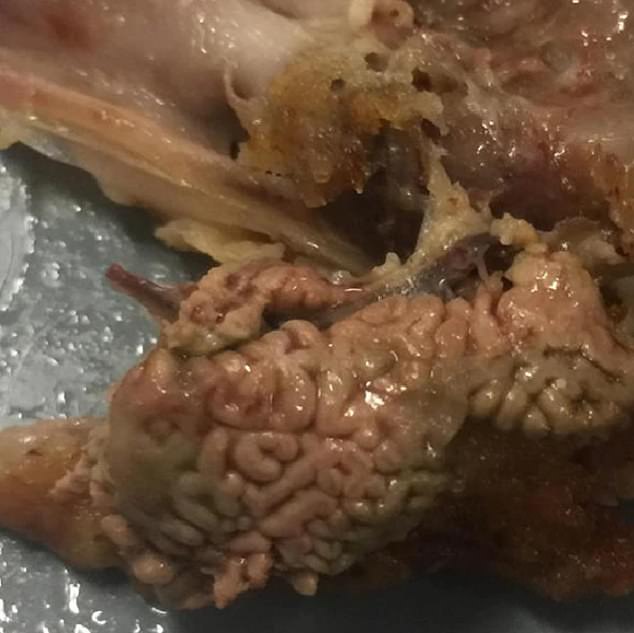 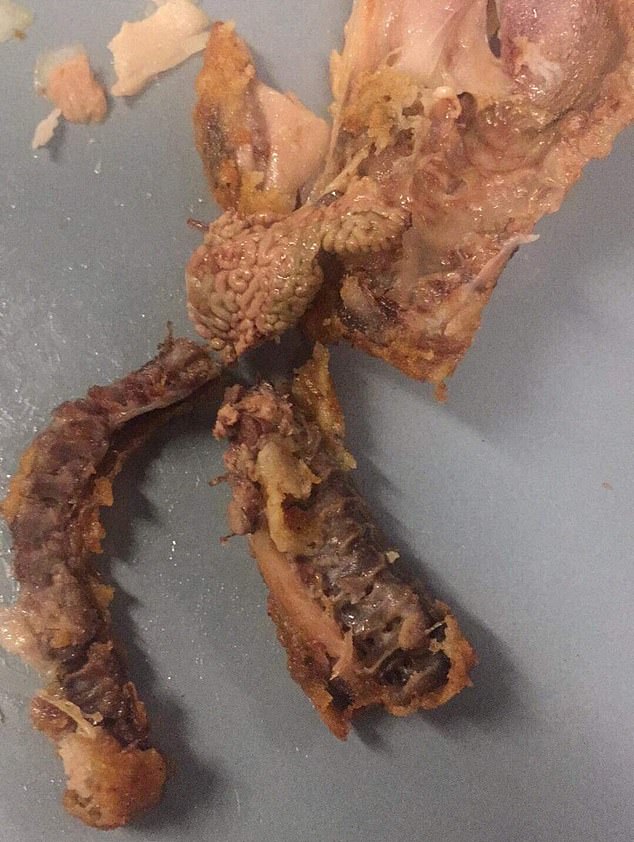 ‘This is not a typo, yep I mean brains, buried under your delicious secret herbs and spices. Imagine my horror, nausea and disappointment,

‘Would love your thoughts on how you think we can patch up our relationship. With fried regards, Sarah.’

But a KFC customer service representative responded publicly saying it was ‘more likely a piece of kidney and not brain’.

‘Can you please PM and let me know what time you ordered, which meal you ordered and your best contact phone number for follow up,’ the KFC representative wrote. 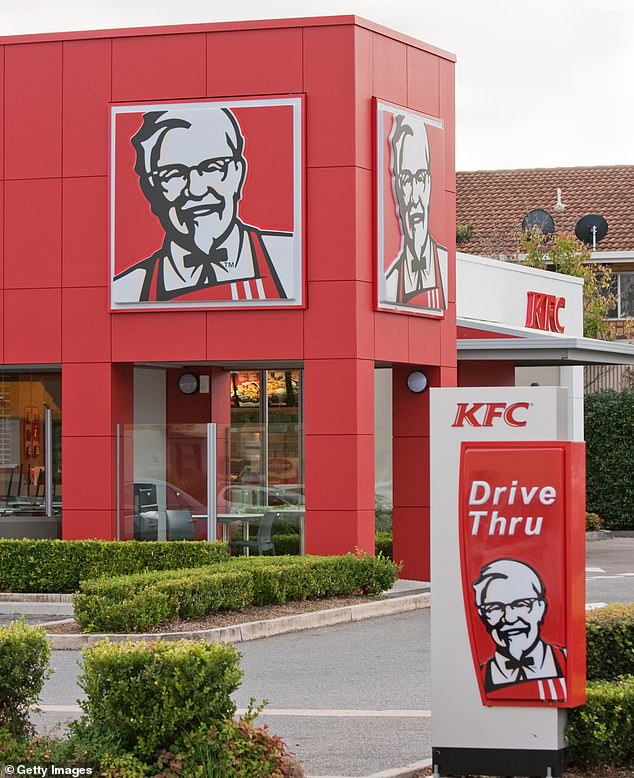 When asked if KFC had addressed the issue, she said nothing had been done about it up to now

Ms Palmer was having a night in with her friends when she discovered the mystery organ.

‘I didn’t notice it to start with. It was only once I’d finished the chicken that I looked down and saw this thing that looks like a brain,’ she told Daily Mail Australia.

‘I honestly nearly threw up one the sport, it was so disgusting,

‘My friends thought I was overreacting until they saw it, then they gagged as well.’

When asked if KFC had addressed the issue, she said nothing had been done about it up to now.

‘I haven’t heard much since other than to say they will follow up in the coming days,’ she said.

Ms Palmer was a former die-hard KFC fan as her friends made a recent pilgrimage to America in Kentucky for the sole purpose of eating the original fried chicken.

‘It’s a shame this happened because I was such a big fan of KFC,’ she said.

A KFC spokeswoman told Daily Mail Australia their chicken is hand-prepared and cooked fresh, but ‘occasionally mistakes happen and organs are not removed when they should have been’.

‘We can confirm it’s not brains, but rest assured it’s not a health issue,

‘We are trying to contact the customer and are reminding our teams to take extra care.’

In September, 21-year-old KFC customer Timothy posted a picture of a heart hidden underneath a crispy chicken tender.

‘It was crumbed and in the box, noticed that it wasn’t right and the skin was peeling off so could see it was black underneath. When I took off the skin at first, I had no idea what it was,’ he told Daily Mail Australia.