A Ukrainian woman allegedly cut her three-week-old daughter’s throat in a jealous rage because she believed her husband loved the baby more than her.

The 21-year-old mother, who cannot be named for legal reasons, killed her child when her husband left their apartment in the city of Rivne in north-western Ukraine’s Rivne Oblast region for a few minutes.

Police reports say the woman attacked her baby when her husband, 26, went out to throw away some rubbish. 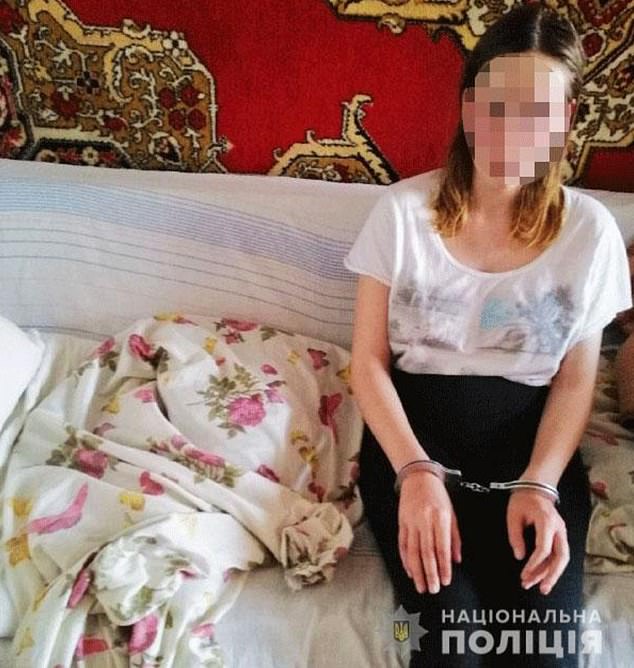 Arrested: The 21-year-old woman allegedly murdered her three-week-old baby daughter as her husband, 26, left their apartment in Rivne in north-western Ukraine to take out the rubbish

When he returned to the apartment he saw that his wife’s hands were covered with blood.

The man rushed into the bedroom to check on his newborn daughter and saw her lying motionless in a pool of blood.

The man’s mother Maria Momot said: ‘He [her son] went out for a few minutes and she grabbed a kitchen knife and cut the child’s throat open.’

According to Mrs Momot, her daughter-in-law was jealous of the baby because she thought that her husband loved the child more.

She said: ‘My son and I loved the child very much. We gave her all our thoughts and care. 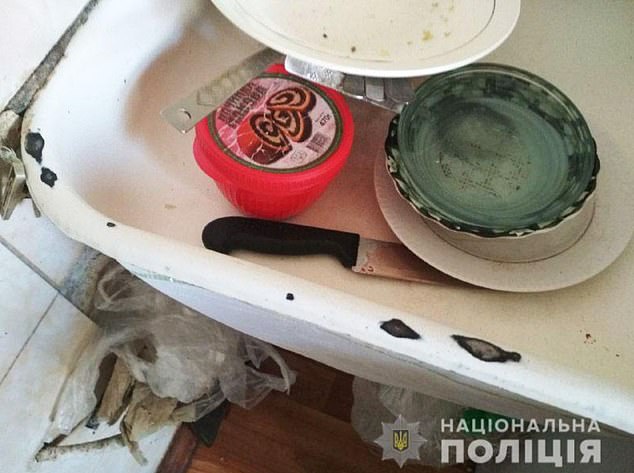 Muder weapon: A kitchen knife covered in blood was found in the sink in the flat 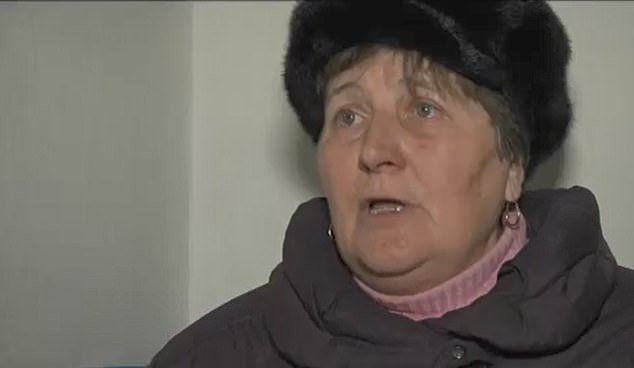 The husband’s mother Maria Momot, pictured, claims the 21-year-old slashed the baby’s throat with a knife in a jealous rage because she thought he loved the baby more than her

‘She [her daughter-in-law] was jealous. She thought that her husband loved their child more than her.

‘This morning I bathed my little granddaughter and now she is gone.

‘I cannot believe that it all happened to our family.’

According to emergency services who arrived at the scene, the woman was heard asking her husband: ‘Why are you crying?’

Police found the murder weapon in the kitchen sink. The knife was still covered with the child’s blood.

Police spokesman Anton Kruk said: ‘The child died of the knife wound to its throat.

‘The mother could not explain why she did it.

‘She could not even remember what she was doing during the day.’ 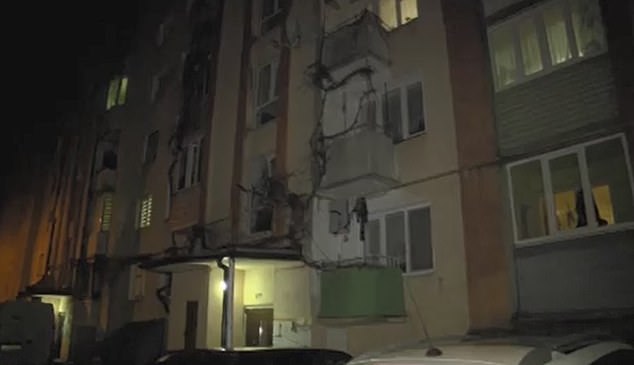 Nightmare: The shocked father returned to the apartment to find his baby daughter dead and his wife’s hands covered with blood

It is known that the suspect was suffering from meningoencephalitis – an inflammation of the brain – in November last year.

The disease is believed to have affected the woman’s mental health, and she recently underwent treatment.

She was discharged from the mental facility on March 3, shortly after giving birth, as doctors believed she was healthy.

The mother has been taken into custody and will undergo a psychiatric evaluation.

If the examination shows the mother was responsible for her actions at the time of the criminal act, she will be charged with premeditated murder of a minor.

The suspect faces up to 15 years in prison if found guilty.