WASHINGTON — The White House has secretly amassed a committee of federal agencies from across the government to combat public support for marijuana and cast state legalization measures in a negative light, while attempting to portray the drug as a national threat, according to interviews with agency staff and documents obtained by BuzzFeed News.

The Marijuana Policy Coordination Committee, as it’s named in White House memos and emails, instructed 14 federal agencies and the Drug Enforcement Administration this month to submit “data demonstrating the most significant negative trends” about marijuana and the “threats” it poses to the country.

In an ironic twist, the committee complained in one memo that the narrative around marijuana is unfairly biased in favor of the drug. But rather than seek objective information, the committee’s records show it is asking officials only to portray marijuana in a negative light, regardless of what the data show.

“The prevailing marijuana narrative in the U.S. is partial, one-sided, and inaccurate,” says a summary of a July 27 meeting of the White House and nine departments. In a follow-up memo, which provided guidance for responses from federal agencies, White House officials told department officials, “Departments should provide … the most significant data demonstrating negative trends, with a statement describing the implications of such trends.”

As several states have approved laws allowing adults to use and purchase cannabis, critics have contended lax attitudes will promote drug abuse, particularly among youth, and they have pressed for a federal crackdown. The White House at one point said more pot enforcement would be forthcoming, though President Donald Trump has never said he was onboard with that agenda and he announced in June that he “really” supports new bipartisan legislation in Congress that would let state marijuana legalization thrive.

However, the committee’s hardline agenda and deep bench suggest an extraordinarily far-reaching effort to reverse public attitudes and scrutinize those states. Its reports are to be used in a briefing for Trump “on marijuana threats.”

“There is an urgent need to message the facts about the negative impacts of marijuana.”

“Staff believe that if the administration is to turn the tide on increasing marijuana use there is an urgent need to message the facts about the negative impacts of marijuana use, production, and trafficking on national health, safety, and security,” says the meeting summary.

The White House declined to discuss the committee’s process, but indicated it was part of an effort to remain consistent with the president’s agenda.

None of the documents indicate that officials are seeking data that show marijuana consumption or legalization laws, which have been approved in eight states, serve any public benefit or do a better job of reducing drug abuse.

Coordinated by White House Office of National Drug Control Policy, the committee met on July 27 with many of the largest agencies in the federal government, including the departments of Justice, Homeland Security, Health and Human Services, and State. An unclassified summary of the meeting, obtained by BuzzFeed News, says the memo is “predecisional and requires a close hold.” And it says the notes were not to be distributed externally.

The White House followed up the next week by sending agencies and other departments — including the departments of Defense, Education, Transportation and Veterans Affairs, as well as the Environmental Protection Agency — instructions to submit two-page, bulleted fact sheets that identify marijuana threats and issues with the initiatives by Aug. 10.

While spokespeople at those agencies declined to comment on the committee itself, asked if the Education Department had submitted its response to the White House, Liz Hill, a spokesperson for the agency, told BuzzFeed News this week, “I’m told we did turn it in on time to the WH.”

A State Department spokesperson told BuzzFeed News, “The State Department regularly coordinates with ONDCP on a wide range of drug control issues. For specific questions about the Marijuana Policy Coordination Committee, we refer you to ONDCP.”

Neither the ONDCP officials or White House press office responded to requests from BuzzFeed News to comment on the committee.

Departments were told to “identify marijuana threats; issues created by state marijuana initiatives; and consequences of use, production, and trafficking on national health, safety, and security.” 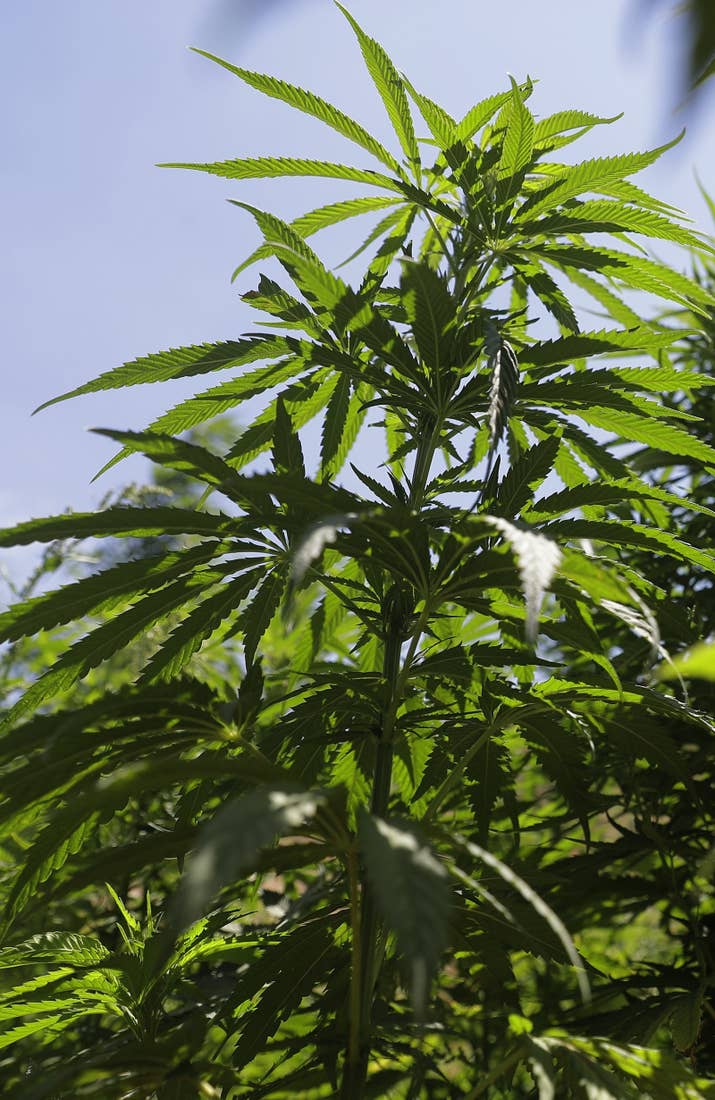 The agencies should also provide an example of a “story, relating an incident or picture, that illustrates one or more the key areas of concern related to use, production, and trafficking of marijuana,” the White House guidance says. The agencies were asked to describe how the drug poses threats to their department and the consequences of marijuana “on national health and security.”

“We are asking each agency to provide information on marijuana,” White House ONDCP staffer Hayley C. Conklin wrote in an email to department leaders on Aug. 1. She cited the guidance document, saying, “it will assist you in providing the appropriate information.”

Contacted by BuzzFeed News about the committee, Conklin told BuzzFeed News, “Thank you so much for calling, but I cannot comment,” then hung up the phone.

A number of agencies also declined to comment — including the departments of Labor, Veterans Affairs, Homeland Security, Health and Human Services, and Transportation.

None of the 14 agencies BuzzFeed News contacted for this story, the DEA, or the White House denied the marijuana committee’s existence.

Although the White House said last year that it expected “greater enforcement” of marijuana in states where it’s legal, Trump’s endorsement of legislation to allow states to legalize marijuana, untouched by the Justice Department, seemed to jab at Attorney General Jeff Sessions, who has relentlessly threatened a pot crackdown. As leader of the Justice Department, Sessions has recited 1980s-style rhetoric about saying no to marijuana.

But Americans have diverged from the federal government’s hardline stance on pot prohibition — with eight states having now legalized its adult recreational use and authorizing systems to sell it like alcohol. A Quinnipiac University poll in April found that 63% of Americans support legalization.

While marijuana consumption rose in the 15 years before Colorado and Washington became the first states to start allowing adults to buy marijuana in 2013, according to JAMA Psychiatry, federal data indicate marijuana abuse disorder has dropped nationally since then.