Shocking images show the injuries sustained to hundreds of animals in the wildfires that are ripping through California.

Hundreds of animals have been rescued from the fires, however, many more have not been so lucky and the number of animal victims is as yet unknown.

A series of horrifying images include a rabbit with its ears burned off and dogs with serious burns. 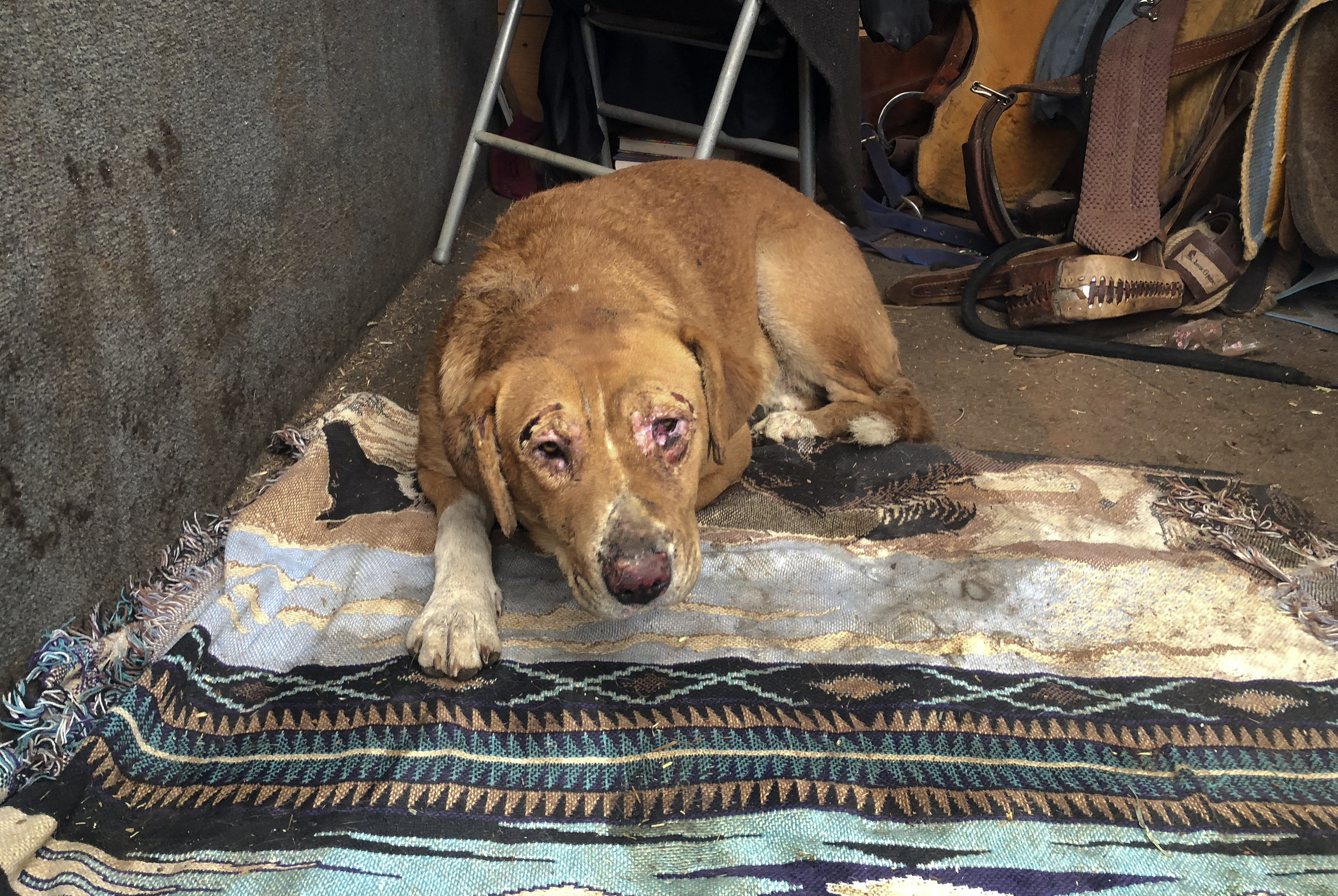 Homes across the state were evacuated as the fires spread, with thousands of people fleeing – many with their pets. Sadly, many had to be left behind as there wasn’t time to get them to safety.

Allison Cardona, a deputy director of Los Angeles County Animal Care & Control, told NBC News that around 7,000 animals – including over 500 horses and nine cows – are being cared for by the agency. 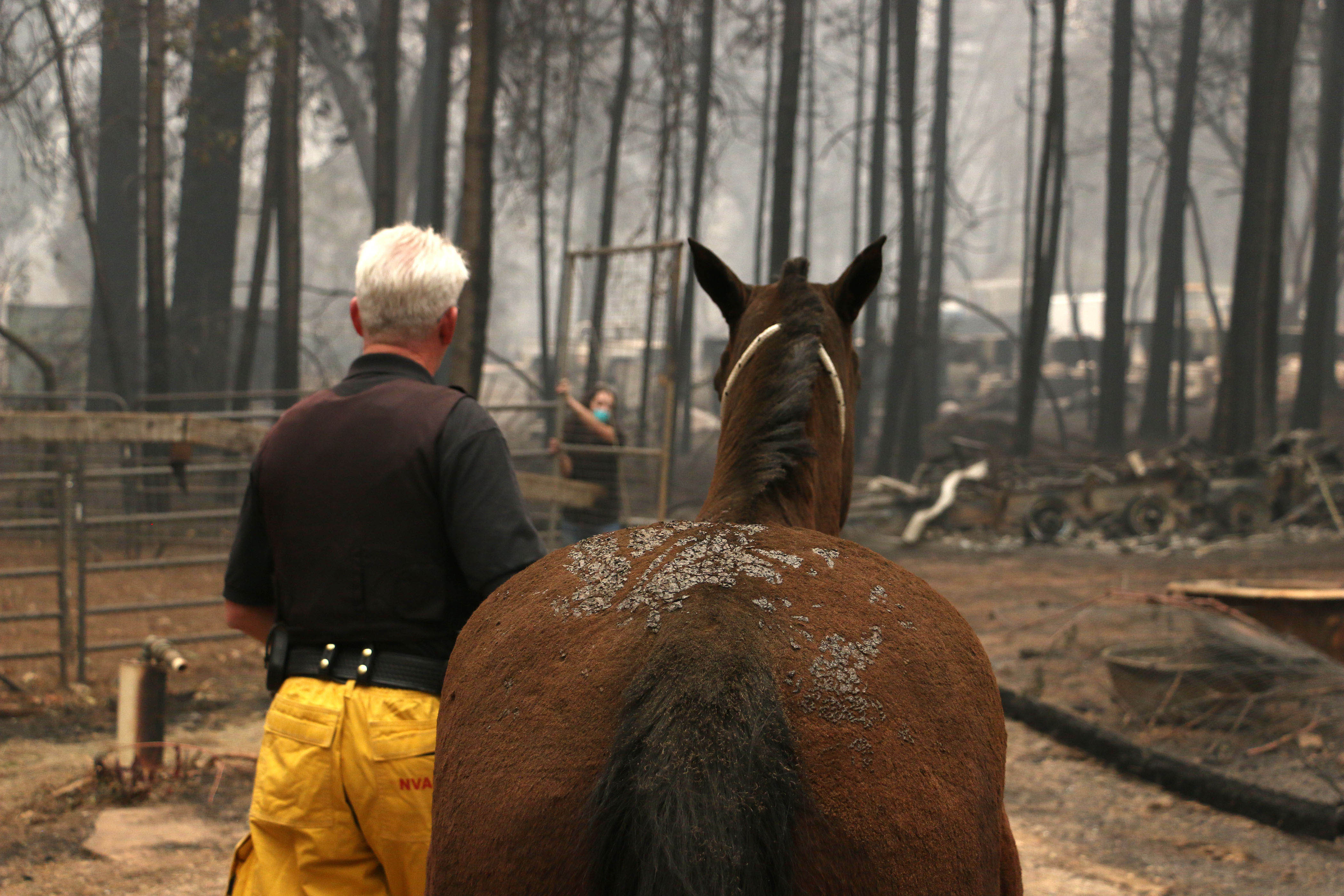 Yolo County Animal Services tends to a horse that was stranded during the fires. Credit: PA 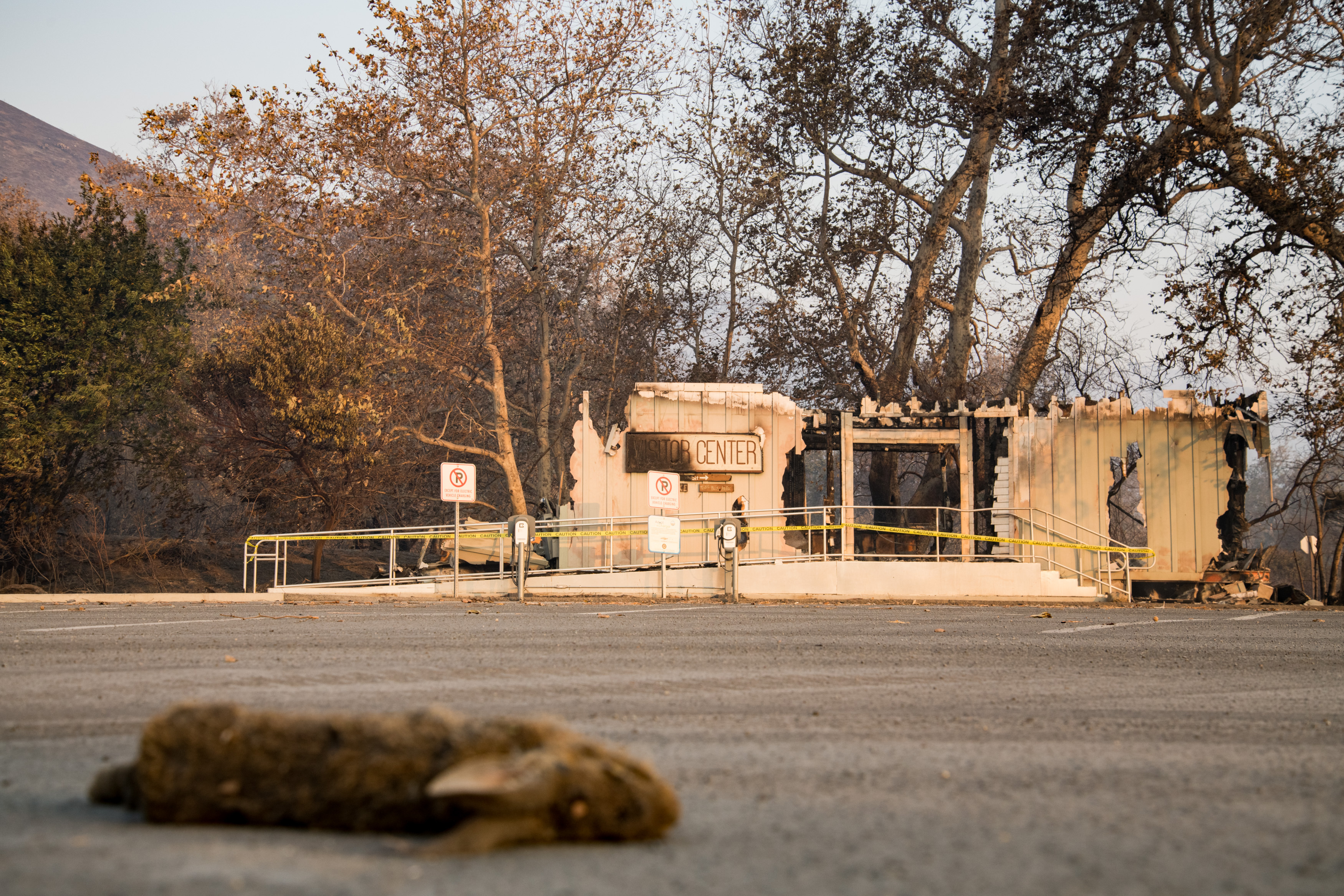 A scorched rabbit lays by a visitor center burnt down by the Woolsey Fire in Malibu, California. Credit: PA

She estimated that ‘at least 10,000’ pets have been displaced by the Woolsey and Hill Fires.

She told NBC News: “It’s hard to wrap your head around what a disaster this is – for people and animals.

“Anything that impacts people, impacts their animals.”

The human death toll from the fires now stands at 42. Over 7,000 homes and businesses have been destroyed by flames since the fires began last Thursday.