Hollywood star Liam Neeson is today mourning his nephew who has died five years after suffering catastrophic head injuries in a 20ft fall from the top of a phonebox.

Ronan Sexton was partying with friends in Brighton in June 2014 when he climbed up the kiosk on the city’s seafront but slipped and landed in a concrete subway below.

Ronan, the youngest of six children of Liam Neeson’s sister, Bernadette Sexton, died over the weekend aged 35 surrounded by his family in Cushendall, Northern Ireland.

In 2014 the keen musician was living in Worthing, West Sussex, and reportedly climbed the red phonebox outside Brighton Pier at 4am in a drunken dare that went horribly wrong.

His uncle, 66, who lives in the US, is said to be devastated by his nephew’s death and regularly jets back to the UK to see his mother and three sisters.

The tragedy came nine years after the death of Neeson’s wife of 15 years, Natasha Richardson, who suffered a fatal head injury during a ski trip in 2009.

And in yet more heartbreak for the family Ronan’s mother lost her partner Harry Shannon two years ago. 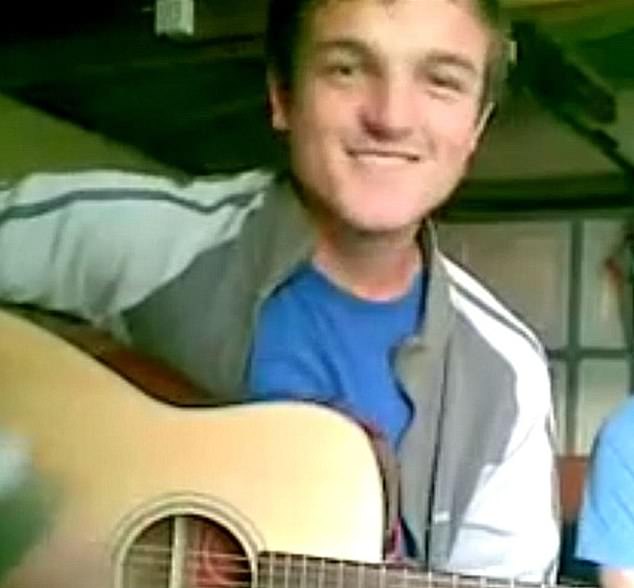 Ronan Sexton, the nephew of Hollywood star Liam Neeson, was partying with friends in Brighton in June 2014 when he suffered head injuries he never recovered from 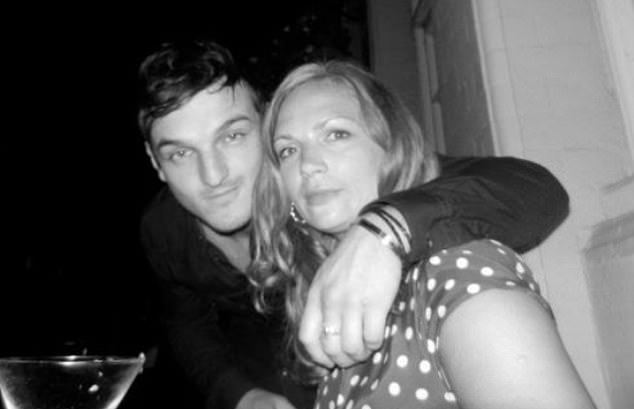 Ronan, pictured with a friend, was living in Worthing with his mother and her partner Harry, who died two years ago 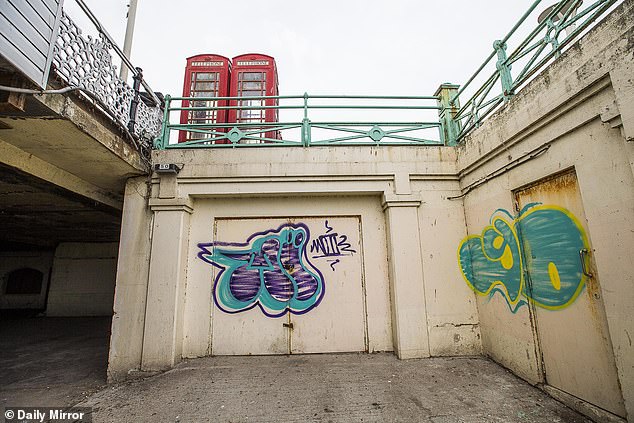 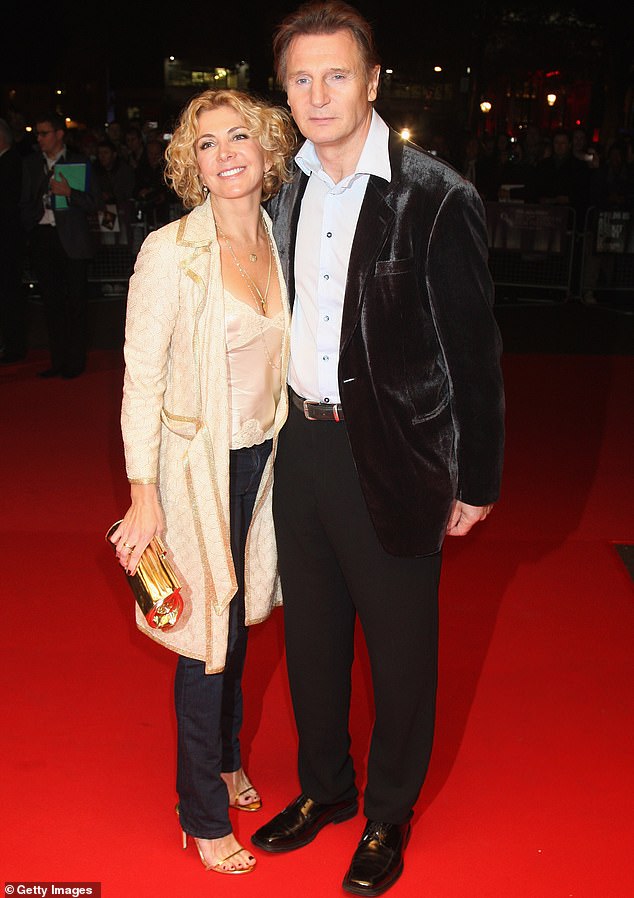 Tragic: Neeson lost his wife Natasha Richardson in 2009 after she hit her head and died in a skiing accident

In the early morning hours of June 22, 2014, Mr Sexton was seriously injured during a night out in East Sussex with friends, when he fell and hit his head. 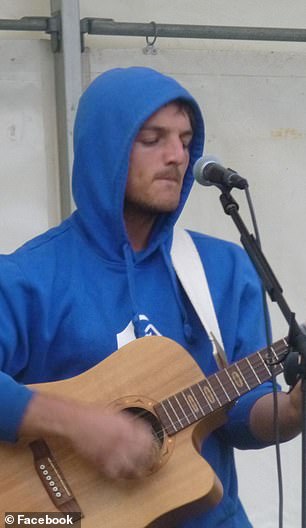 In 2014, Sexton was seriously injured during a night out in East Sussex with friends, when he fell 20 feet from the top of a telephone booth and hit his head

The phone box is directly outside Brighton Pier and stands on the promenade with a 20ft drop to the beach below.

Sexton was rushed to Royal Sussex County Hospital in critical condition before being transferred to Hurstwood Park Hospital in Haywards Heath, West Sussex.

A Sussex Police spokesman said at the time of Ronan’s fall: ‘Just after 4am on Sunday a man climbed on top of a telephone kiosk outside Brighton Pier when he fell some 20ft to the ground, sustaining a serious head injury’.

His family added in a statement at the time: ‘Ronan is receiving wonderful treatment from the dedicated staff at Hurstwood Park’ and thanked the public for their outpouring of ‘love, support, prayers and good wishes for Ronan.’

Ronan’s accident in 2014 occurred five years after the death of Neeson’s wife, Richardson, which happened on March 18, 2009.

The father-of-two opened up about her death in an April 2017 interview with RTE, revealing that he threw himself into his work to cope with the loss.

He said: ‘I’m not good without work. I just don’t – I just don’t wallow too much. You know? And I just didn’t want to – especially for my boys – seem to be wallowing in sadness or depression’.

Neeson shared at the time that it remained an ongoing struggle with sadness for him and his two sons.

He said: ‘It hits you, it’s like a wave. You just get this profound feeling of instability… The Earth isn’t stable anymore and then it passes and it becomes more infrequent, but I still get it sometimes.

‘[Her death] was never real. It still kind of isn’t. There are periods now in our New York residence when I hear the door opening, especially the first couple of years… Any time I hear that door opening, I still think I’m going to hear her.’

The interview was prompted by the 2017 reprisal of Love Actually, the iconic 2003 romantic comedy where Neeson played a character whose wife had recently died.

Describing the time that had passed since the original film was shot, Neeson told Entertainment Weekly: ‘It’s 14 years ago now and we’ve all lived lives. Some of us have died. Oh, my dear friend Alan Rickman, God rest him. Some have gotten divorced. I’ve lost my wife.’

He added: ‘And, oh, sure, plenty of times I’ve thought about this film and my own life. Love Actually, that’s the way it is. That’s the tapestry of life.’ 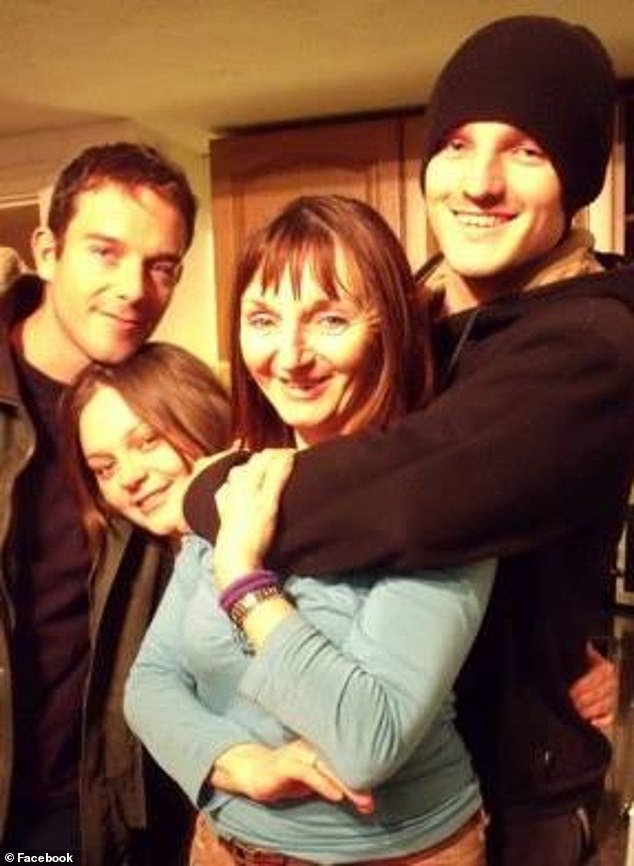 Richardson passed away at Lenox Hill Hospital in New York City, two days after hitting her head in a fall during a ski accident in Canada, from an epidural hematoma due to a blunt impact to the head, ABC News reported.

An ambulance showed up to treat Richardson at the time of her fall, but feeling fine at the time, she waved responders off and walked to her hotel.

‘When you have a head trauma you can bleed. It can deteriorate in a few hours or a few days,’ Yves Coderre, the operations manager for the ambulance service, told the Globe and Mail.

‘People don’t realize it can be very serious. We warn them they can die and sometimes they start to laugh. They don’t take it seriously.’

Less than two hours later, at 2.59pm, paremedics received a second call for help and showed up 10 minutes later. At that time, responders called the hematology department at Centre Hospitalier Laurentien in Ste-Agathe, and took the star in for treatment.

She was transferred first to Hôpital du Sacre-Coeur in Montreal, before being flown to Lenox Hill in New York on March 17, 2009.

Her death was announced the night that it happened, in a statement released by Neeson’s publicist.

‘Liam Neeson, his sons and the entire family are shocked and devastated by the tragic death of their beloved Natasha,’ the statement said.

‘They are profoundly grateful for the support, love and prayers of everyone, and ask for privacy during this very difficult time.’

Following the death of Sexton over the weekend, parish priest Fr Luke McWilliams said the family had asked for privacy as they mourn their loss. 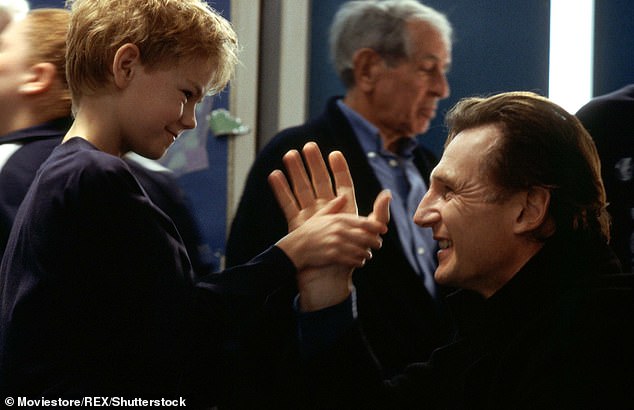 Neeson is pictured in a scene from Love Actually with actor Thomas Sangster, who played his son in the film in 2003