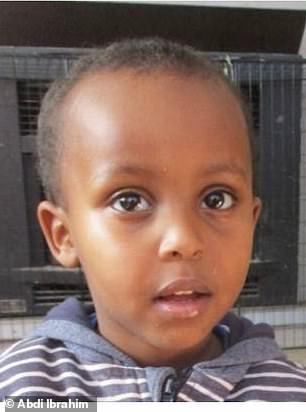 Mucad Ibrahim (pictured) has sadly died, his family have confirmed

An ‘energetic and playful’ three-year-old died in his father’s arms after the mosque terror attack in New Zealand, his family wrote on social media.

Mucad Ibrahim was attending Friday prayers with his father and older brother Abdi Ibrahim when a gunman stormed the al Noor mosque in Christchurch and opened fire on the worshippers.

It’s believed at the time of the horrific attack, Mucad ran from the gunman while his father and brother played dead.

His family had been desperately searching for him in the wake of the attack, but have now confirmed his death.

‘Verily we belong to God and to Him we shall return,’ Mr Ibrahim said.

He added: ‘Will miss you dearly brother’.

On Saturday morning, a friend confirmed that little Mucad had died the previous evening in his father’s arms. 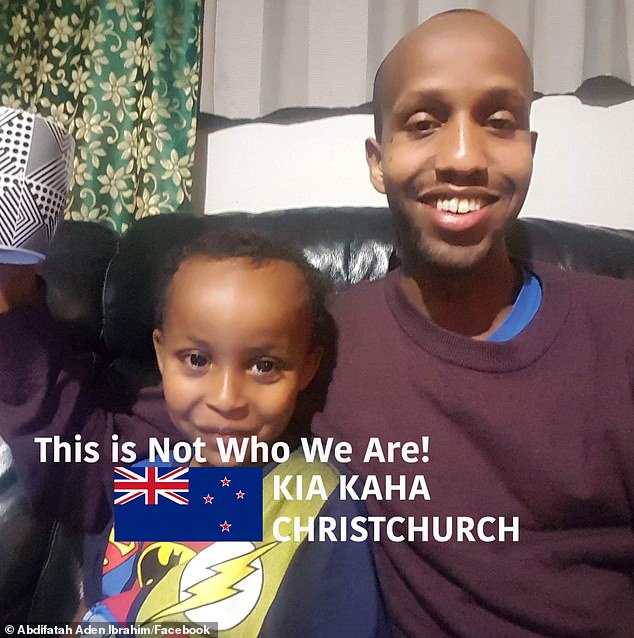 ‘Mucaad Ibrahim sadly passed away in his father’s arms, last night, and was taken away by staff,’ he said.

‘RIP my little friend, you will be sorely missed by all . Such a beacon of light,’ he added.

Since Mr Ibrahim confirmed the tragic passing of Mucad, well-wishers have been paying tribute to the little boy.

‘My heart aches for you and your family. Nothing I can say can help, but my sincerest condolences,’ one person wrote. 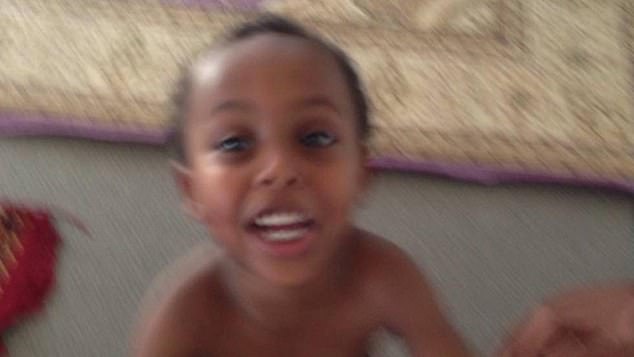 ‘So sad to hear about your loss, may his soul rest in peace, may Allah give patience to your family,’ another added.

A third wrote: ‘Sorry [you] lost your brother abdi . Such a sad time . Stay strong and love to you and your family’.

Prior to confirming his brother’s death, Mr Ibrahim had been desperately trying to find out the whereabouts of Mucad after he went missing. 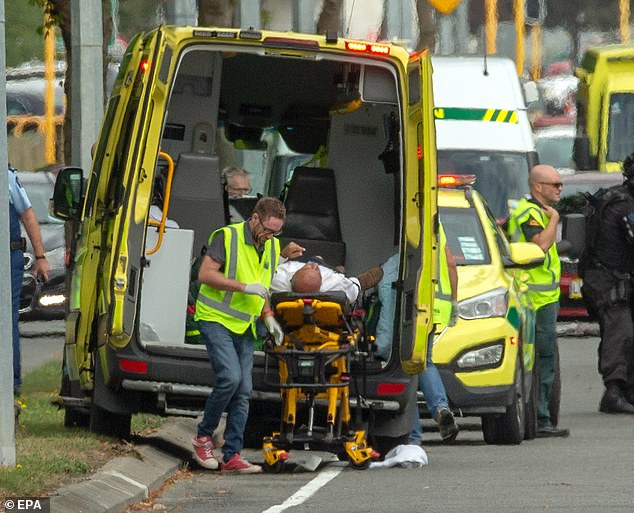 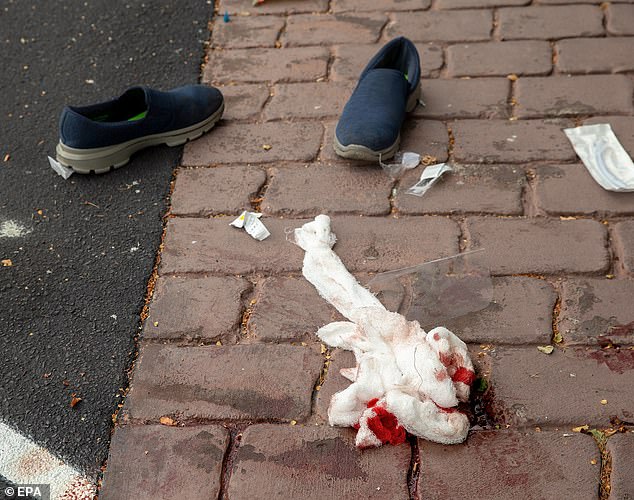 ‘We’re most likely thinking he’s one of the people who has died at the mosque … at this stage, everyone’s saying he’s dead,’ he told stuff.co.nz.

‘It’s been pretty tough, a lot of people are ringing me asking if you need help. It’s been hard at the moment, [we’ve] never dealt with this.’

He described his younger brother as  ‘energetic, playful and liked to smile and laugh a lot.’

It’s believed hundreds of people had gathered outside a hospital in New Zealand as they waited for news on their loved ones.

About 200 friends and family of missing victims were reportedly at Christchurch hospital – either by the bedside or waiting for news of loved ones being operated on. 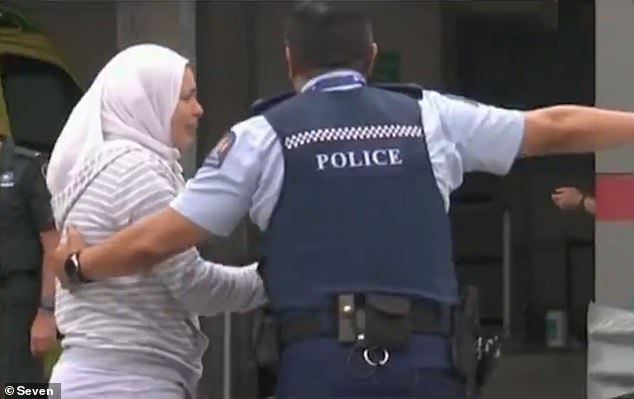 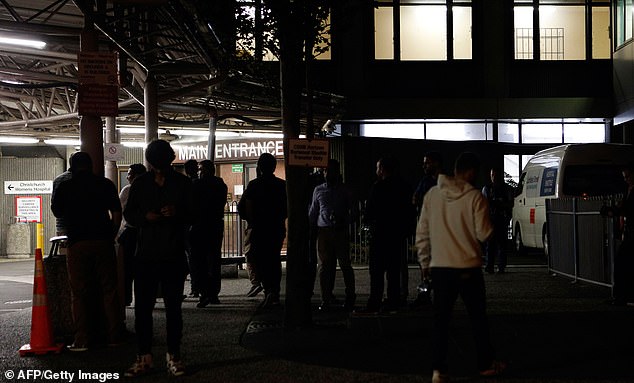 Shattered New Zealanders whose relatives are still missing after the terror shooting in Christchurch have gathered outside hospital, anxiously waiting for good news

The white supremacist mass shooter who murdered 49 worshippers at the mosque has also now been identified as a 28-year-old Australian who seemingly spent up to seven years travelling the world and became obsessed with far-right and Neo-Nazi ideology.

Brenton Tarrant will appear in Christchurch District Court charged with murder on Saturday, after he stormed a mosque in Christchurch, opening fire with a semi-automatic shotgun and a rifle on about 100 defenceless people attending Friday prayers.

Many people have been heard wailing and crying in the hospital’s corridors as they learn their friends and family won’t be coming home.

As many wait for news on their loved ones, many still remain missing. 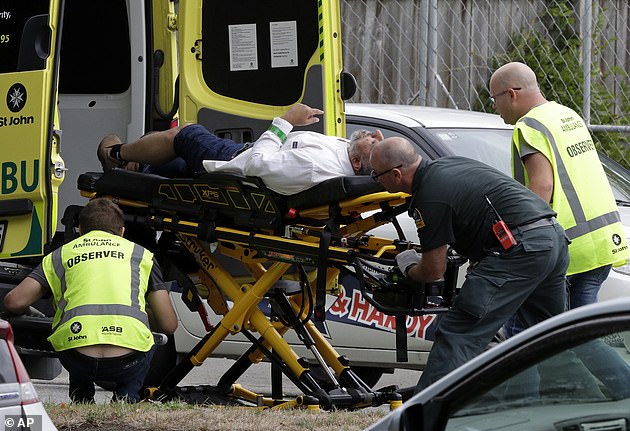 With the scale of the operations, many people are likely to need several surgeries over the coming days and weeks due to the nature of the wounds

One man desperate for answers is Mahdi Zougub, 22, who told the New Zealand Herald that he was on the way to the Deans Ave mosque, when he learned of the shooting.

He described how shocked he was to see the dead bodies, and how he is is now nervously waiting to find out whether his friends and family survived.

We think our friend… we think he’s gone. There’s a lot of emotion,’ Mr Zougub said.

This is while other concerned relatives Janna Ezat and Hazim Al-Umari told the Mirror that they feared their son Hussain is also among the dead.

His mother said: ‘We love you Hussain. If he dies it’s a holy Friday and he’ll be safe with God.’