It’s a well known fact that dogs are man’s best friend. They’re also loyal as hell and we bet this little fella would have grown up to become one of the best.

That is if the heartless owners didn’t abandon the tiny pup on Christmas Day in a cardboard box in Bradford, Yorkshire, leaving him to die. 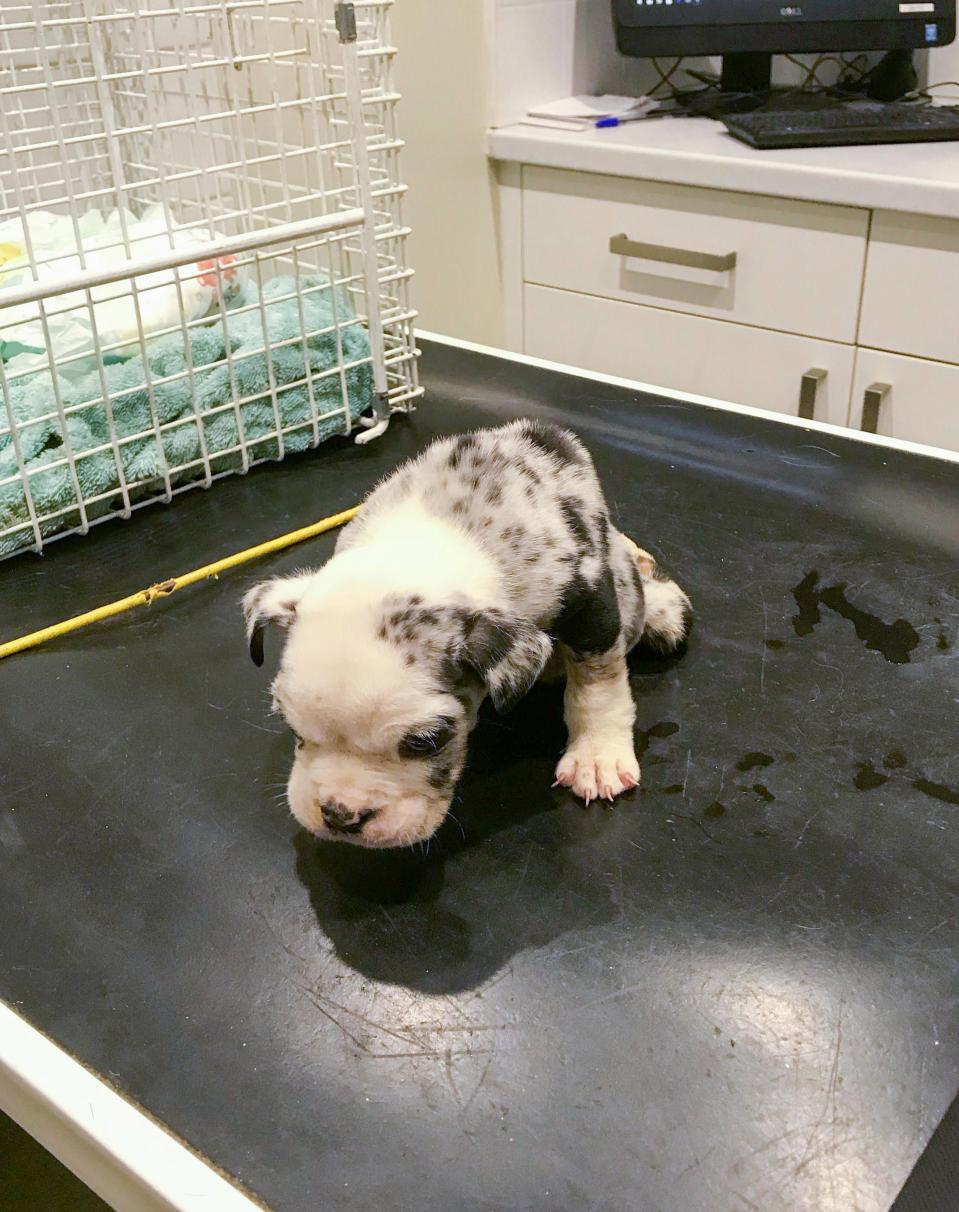 The tiny dog was found in a cardboard box. Credit: RSPCA

The RSPCA, which consistently remind pet owners that ‘a dog is for life, not just for Christmas’, has now launched an investigation after the paralysed puppy was found in an alleyway by a member of the public, who looked after him at home before contacting the animal charity on December 27.

Inspector Dave Holgate collected the dog and took him to a nearby vet. He said: “Unfortunately, the little crossbreed puppy was in a terrible state.

“He was collapsed at the rear and was dragging his back legs. It seems as though his back end was paralysed and he was unable to use his legs. 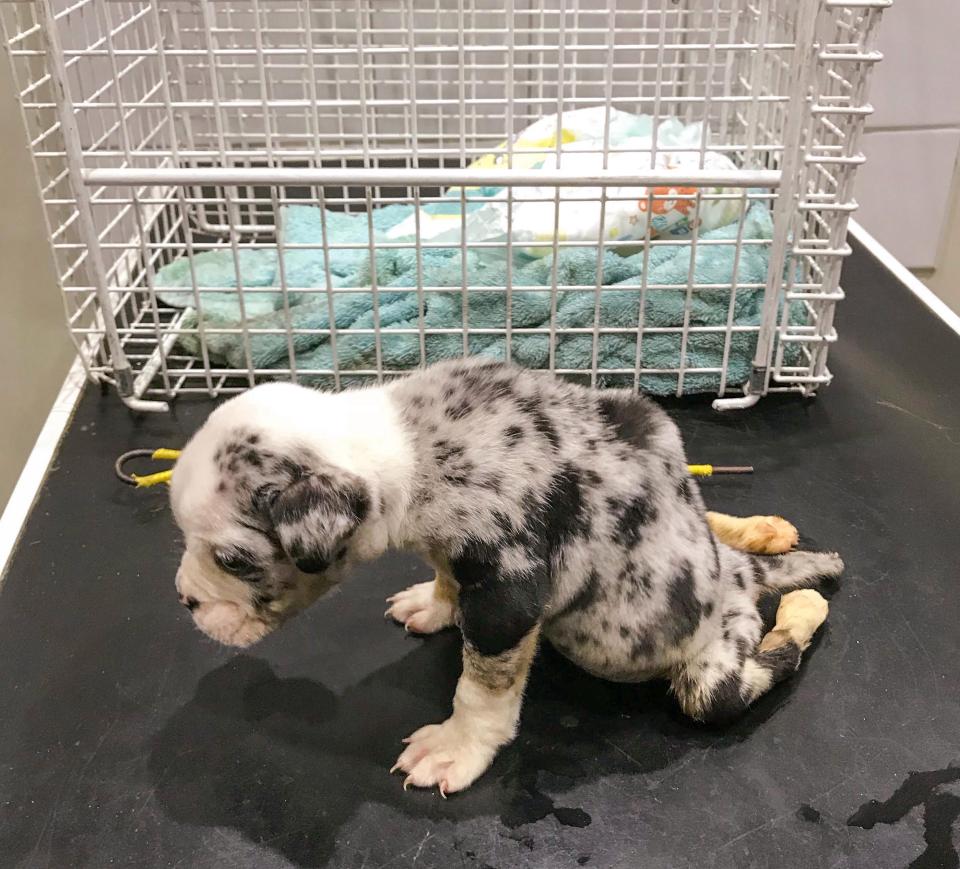 The tiny merle-coloured pup was paralysed from the back end. Credit: RSPCA

“Goodness knows how long the poor pup had been in this state – he may have been born like this or could have deteriorated as he grew.

“I suspect he was abandoned by the breeder when they realised he would need expensive veterinary treatment or would fail to sell.”

Vets assessed the tiny dog and discovered he was suffering and was sadly unlikely to recover so he was put to sleep on welfare grounds.

Inspector Holgate added: “It’s so sad that we weren’t able to save this little puppy but I’m just glad he’s no longer sat inside a cardboard box cold, frightened and in pain.

“At least he felt love and compassion in his final hours. To abandon this poor puppy – who was too young to be away from his mum and siblings – is disgraceful, but to do so on Christmas Day with him in dire need of veterinary attention is despicable.

“I’m now seriously concerned about his mother and I’m appealing for anyone who recognises this pup or may know where she’s come from to get in touch by calling our inspectorate appeal line on 0300 123 8018.”

On Christmas Eve, the RSPCA released CCTV showing the heartbreaking moment that a dog is abandoned by the side of a road in Stoke-on-Trent.

The horrific footage shows a man getting out of a car with a dog bed while another person waits in the driving seat, he is then seen unclipping the lead from his dog and dashing back across the road to get into the car.

Some people just don’t appreciate or deserve the love and loyalty a dog can give.