If you’ve got animals in your home, the chance of you coming downstairs in the morning to a ‘surprise’ is highly likely. Whether it’s food knocked all over the kitchen floor or a beheaded mouse in the middle of your living room rug, our pets can turn into mischievous little monsters.

But this family had the surprise of their lives when they came downstairs to have breakfast, only to find a fox had gone wild on their worktops, knocking and smashing plants in its path before curling up for a cheeky nap.

Kim Fryer from Mitcham, Surrey, was at home on 15 December when her daughter found the animal on top of the microwave.

She said: “My daughter found him at 7am and called up to me. I came down and spotted this little fox curled up on top of the microwave.

“I have five cats and a dog so obviously I have a cat flap. He must have crawled under the gate and through the cat flap.

“A couple of my plants were smashed and there was mud everywhere. She put the light on and one eye opened but he didn’t move. We could tell there was something wrong with him.” 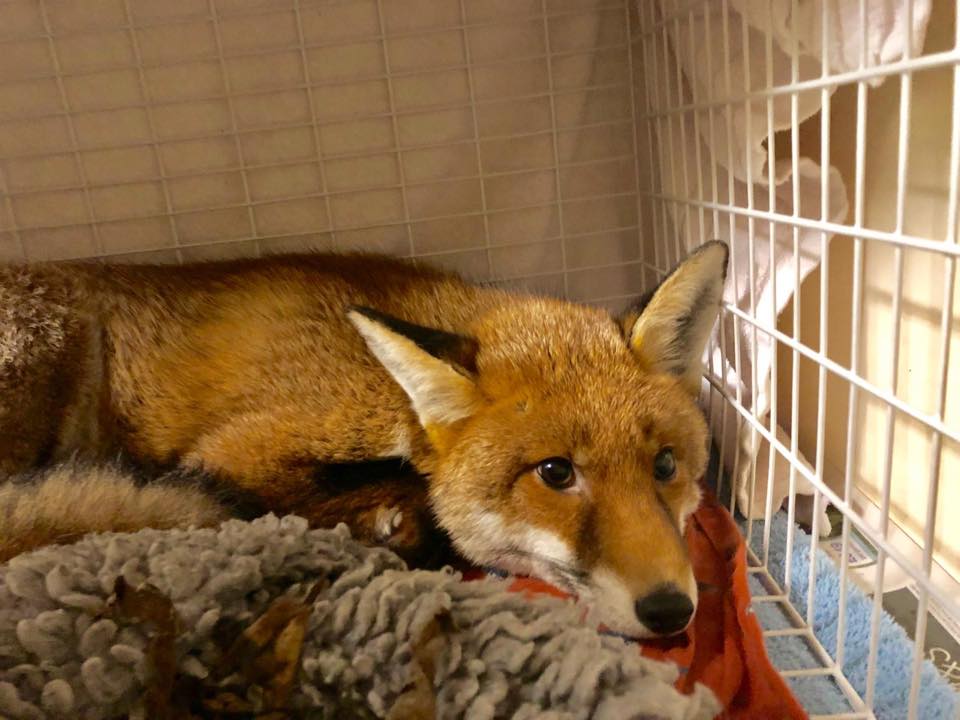 The fox was rescued from Kim Fryer’s home by the RSPCA. Credit: RSPCA

The family called the the RSPCA and Inspector Phil Norman attended to collect the fox.

He was taken to the charity’s Putney Animal Hospital in London, where vets checked him over and monitored him.

While he seemed extremely weak and lethargic to begin with, he soon perked up and staff could find nothing wrong with him.

A hospital spokesperson said: “He had got in through the cat flap and found a nice warm spot to sleep in. He was quite happy to be brought in to the hospital for a health check but was understandably not keen on being in a cage.

“Fortunately he was quite healthy with a beautiful fluffy coat, so after a thorough check over he was released back to the area he was found in by one of the hospital staff. Good luck Mr. Fox!” 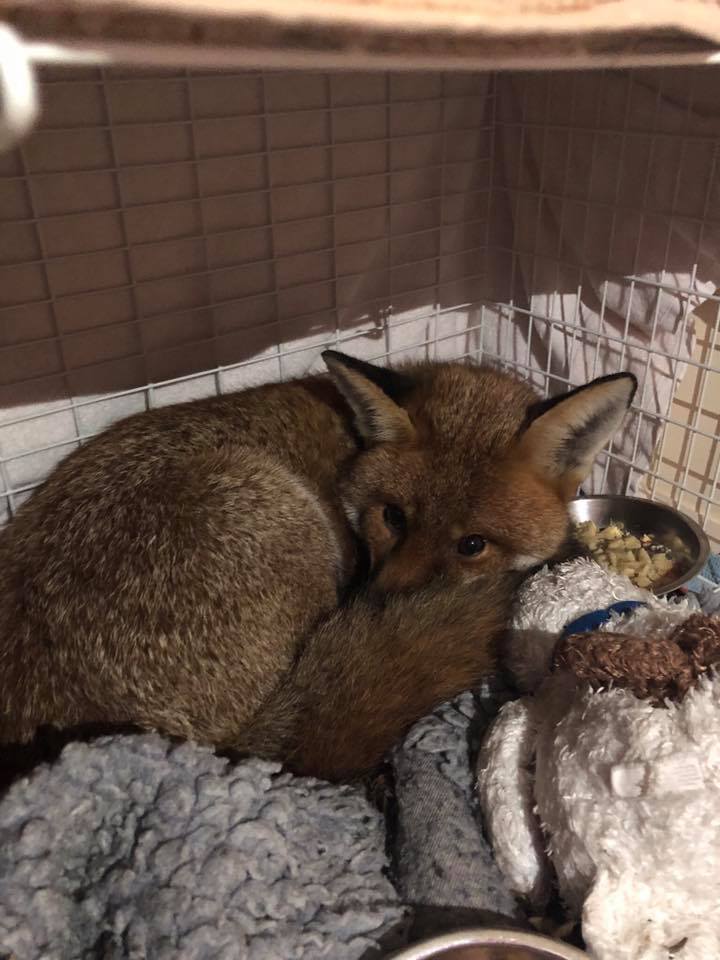 Luckily the fox was found to be in good health after he was found on top of a microwave. Credit: RSPCA

Fox sightings aren’t exactly a rarity in the UK – except when they’re literally on top of a kitchen appliance – but it was a turn-up for the books when a rare breed of fox was found roaming around a garden in Cheshire.

It was the first sighting of a silver fox in 25 years, which is pretty impressive.

Former RSPCA inspector Amanda Lovett – who now runs Mere Moggies Boarding – helped to rescue the animal before it was taken to the Stapeley Grange Wildlife Centre in nearby Nantwich.

She said: “I managed to safely catch the fox with a grasper and put him in a cat box before taking him to Stapeley Grange, who kindly stayed open later so he could be admitted. He was very quiet and seemed tame.