A father has been left outraged after he discovered ‘a bag of drugs’ inside the case of a game that he had bought second-hand for his four-year-old son.

30-year-old Oliver Edwards had taken his sons aged four, 10, and 12, along to the Preston branch of video game store GAME so that they could use up their £20 vouchers that they received as Christmas presents.

However, upon having a quick look through the manual of his son’s copy of NBA 2K17 for the PS4 later on, he was shocked to discover a bag of powder tucked away between the pages. 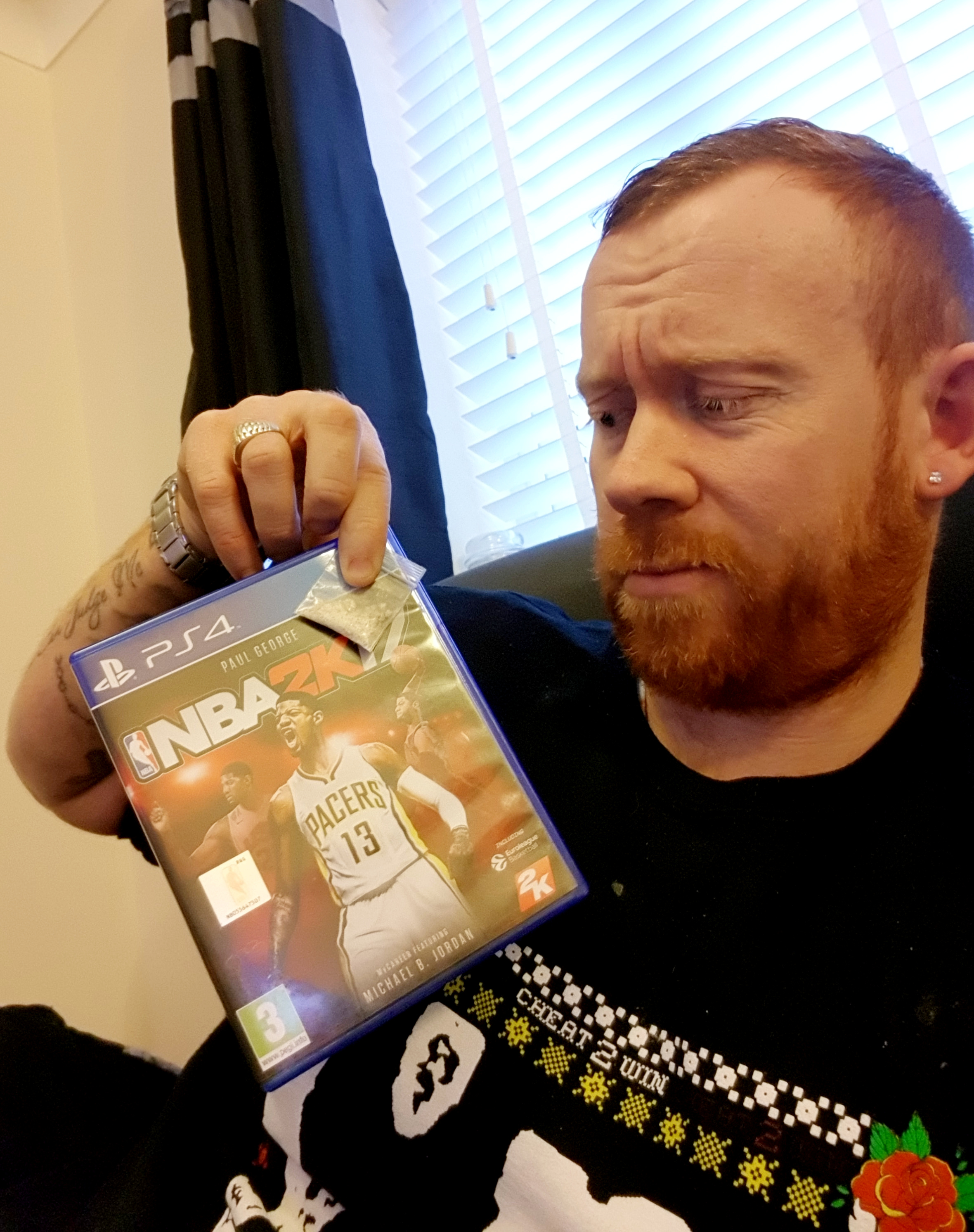 Oliver Edwards with the bag that he believes contains drugs. Credit: SWNS

Edwards believes the mystery bag to contain MDMA or mephedrone, a banned synthetic amphetamine. Needless to say, he called the police and they have started an investigation.

The Poulton-le-Fylde, Lancashire, resident said: “I was just horrified. My initial thought was it could have been that gel you get in new shoes but then I took it into the kitchen to have a look.

“My son asked what is was and I said I didn’t know. My wife took one look at it and she was gobsmacked.

“It looked a bit like lemon sherbet powder. I like to think my youngest wouldn’t have done anything with it but you never you. It’s very worrying.

“If this had fallen onto the floor and my youngest had mistaken it for sweets this could have been fatal.” 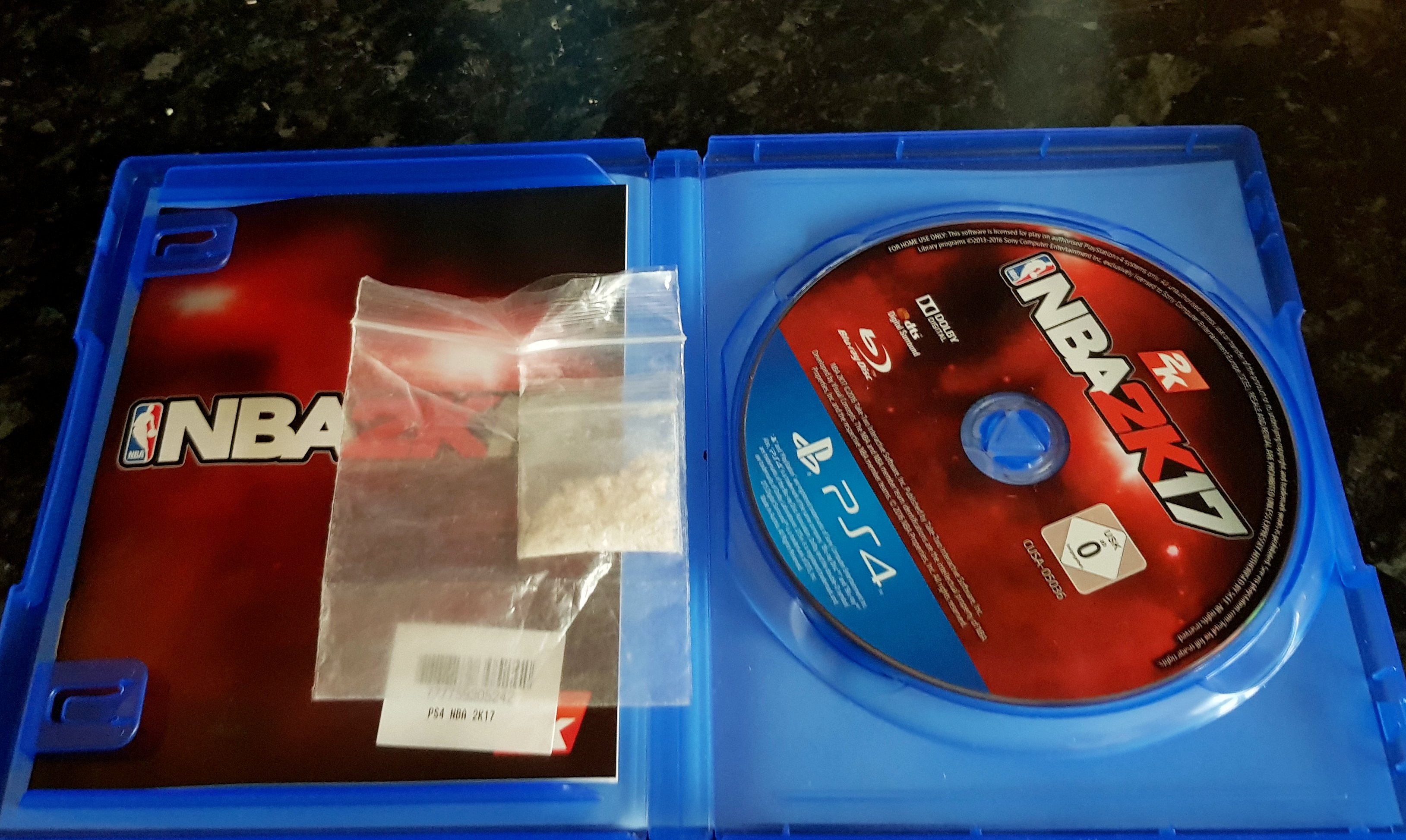 Edwards bought the game from a GAME shop in Preston. Credit: SWNS

Despite making the potentially dangerous discovery, Edwards is most annoyed with the reaction he received from GAME after he told them what had happened.

He continued: “I phoned GAME’s customer service. I told the bloke on the phone and he laughed at me.

“He said come and swap it for a game without the drugs in. I think I put the phone down on him.

“I was really angry with their reaction to it. They didn’t seem that bothered.”

After his initial complaint, as well as sending photographs of the evidence to the company, he received a forwarded email from the general manager suggesting that they had found the transaction on their in-store camera, but didn’t know where the drugs had come from. 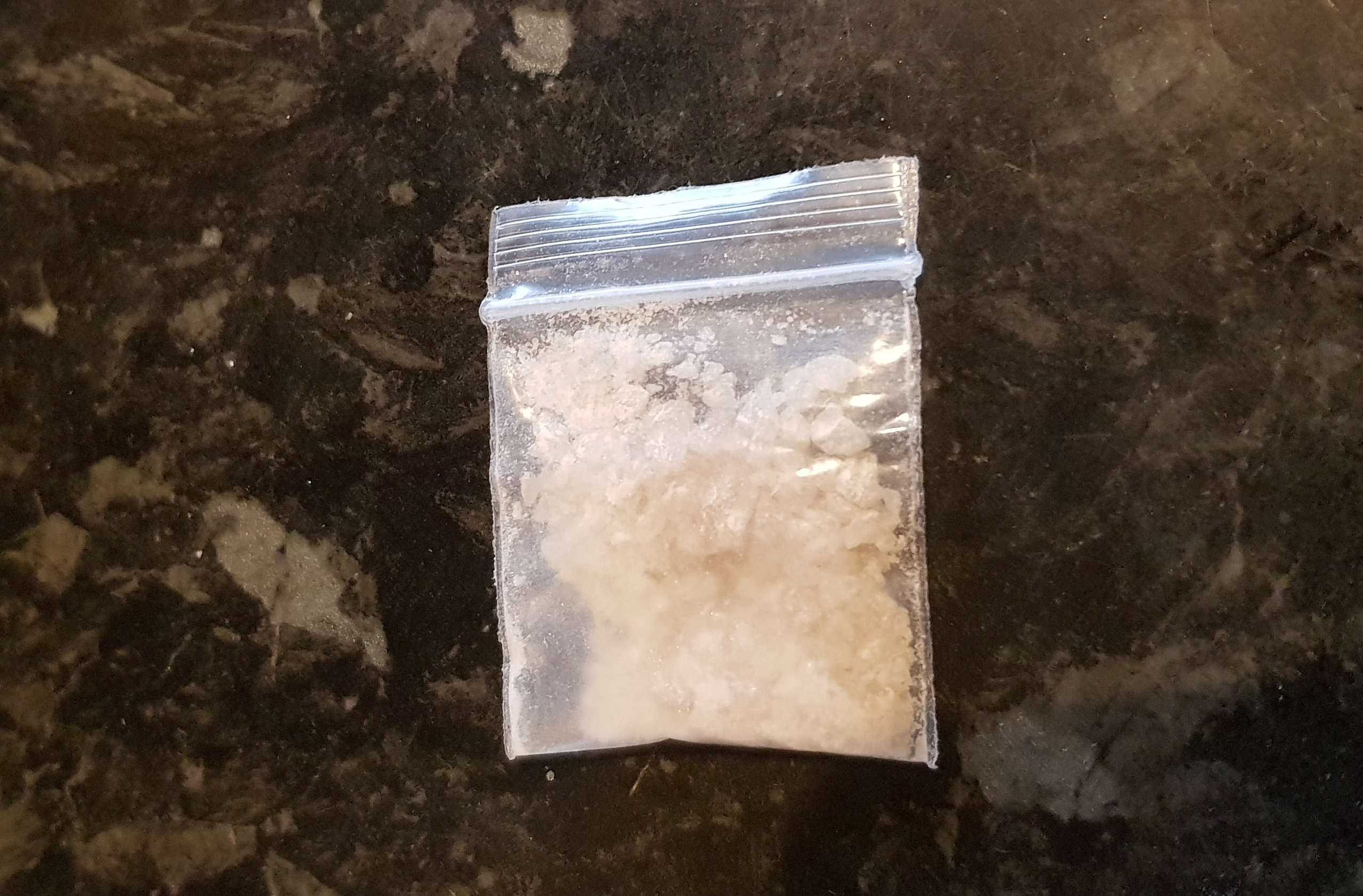 The offending item found in the copy of NBA 2K17. Credit: SWNS

The email read: “If the customer is requiring some kind of compensation, there isn’t much we can do for him as this was an unfortunate event that occurred with a lot of ‘what ifs’.

“[…]If it comes to it, I don’t mind giving him a £10 gift card for the inconvenience caused.

“Following this, I will also be implementing a full check of any games that are traded in going forward from here, but as stated, given the time of year we are in we get a huge amount of trades in along with tills back to the front door, so sometimes it’s a case of ensuring the disc is in the box and checking it to make sure it’s in a sellable state.”

GAME have not commented due to the ongoing police investigation. Lancashire Constabulary have said that they are investigating the incident.