It’s no secret that modern dating often relies heavily on technology – whether that’s Tinder for that initial meet-up, WhatsApp for staying in touch or Instagram for documenting all of the sickeningly sweet stuff you’re up to together.

But one couple are putting us all to shame – not only shunning all that for the simple life, but also staying together for a very impressive 40 years.

Steve Green, 90, and wife Jeanie, 76, married four decades ago, after meeting on the farm Steve’s family has lived on since the 1940s.

Jeanie said: “I was living next door and Steve had seen me and wanted to ask me out so he sent his brother to ask me.

“It was love at first sight for both of us and within three months and ten days we were engaged and married.

“I married the local farmer, which was fantastic, and we’ve never looked back.”

Living without the luxuries of modern life, the couple chop their own logs for fuel, have never used the internet and cook all meals from scratch, including using their own fruit for jam.

Their only splurge? Fish and chips on a Friday night, which is something we can all understand.

Jeanie continued: “We’ve worked together every day for 40 years and we hardly have a cross word.

“It just works. We love the land and we love one another.” 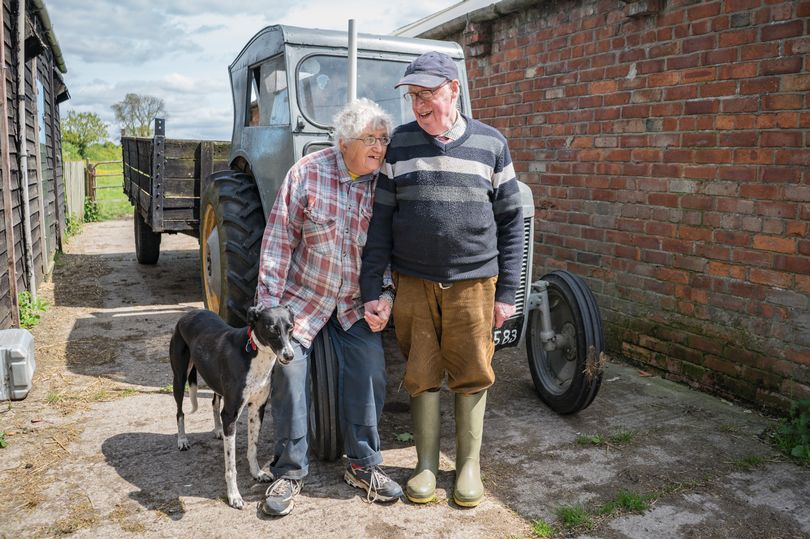 Steve and Jeanie at their farm. Credit: Channel 5

The two were married at nearby St Mary’s Church, followed by an afternoon tea for 50 guests at a tea room.

They’ve even found themselves a bit of a cult following, after featuring on Channel 5’s The Yorkshire Vet, where they often receive visits from vet Peter Wright, who has treated the Greens’ animals since 1982.

Wright said: “Farm folk like Steve and Jeanie are dying out – you don’t get people like them on farms any more.

“If everybody could lead as simple life as them the world would be a much better place.”

In fact, now Steve and Jeanie are even starring in their very own episode, which will see them renew their wedding vows in a ceremony at the farm, before they head off to Whitby to relive their honeymoon from 40 years ago. 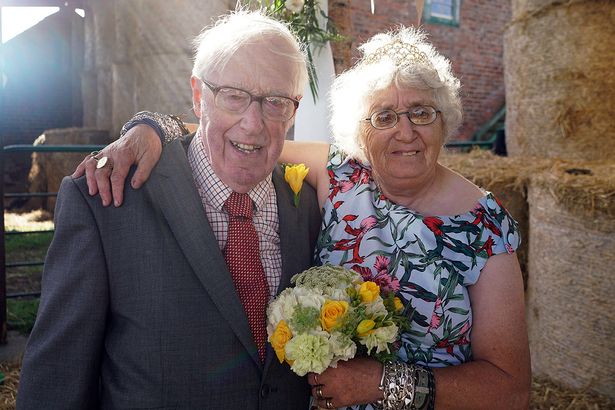 While they have been offered huge sums of money for their 40-acre farm from developers, the duo remain adamant that they’d never sell.

“Money means nothing to us,” said Jeanie.

“It’s all go. At our age people ask us why don’t we retire but we never will.

“We’re happy because we’re together and because of our life on this farm. We’d never sell up.

“Steve may be 90 but he’s not going to retire. Working the farm keeps him young.”

Jeanie added: “We are happiest with our life and the simplicity of it. We wouldn’t want to change anything.”