Isn’t it a wonderful moment when you head into the supermarket and there’s a sale on those really big jars of Nutella?

Well, imagine heading into the shop and seeing rows and rows of huge 6.6lbs (3KG) tubs of the stuff.

It almost seems too good to be true, but Costco are giving people the chance to fill their boots – or mugs, or bath tubs – with the stuff, as they’re selling paint tin-sized tubs of it for only $21.99 (£17).

If you were to follow the company’s suggested serving of two tablespoons a pop (I know, LOL right?) the tub would last you roughly 81 servings – but, it’s more likely to last a couple of weeks, right?

It might not be the best news for people desperately trying to stick to their New Year’s resolutions, but some social media users are losing their shit over it. 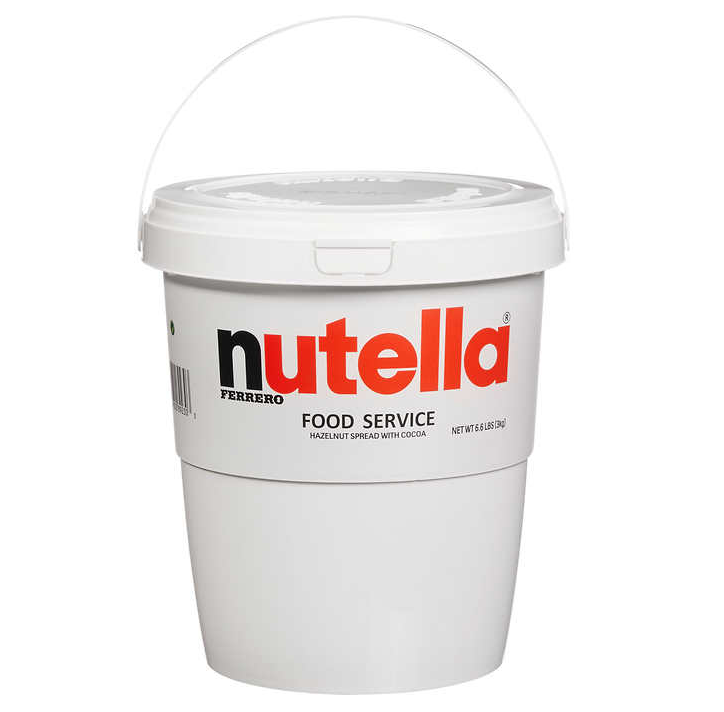 In response one person tweeted: “Ok, Google” Costco store near me?”

Another said: “Costco Now Sells Seven-Pound Tubs Of Nutella Because There’s Never Too Much.”

While a third commented: “Costco is now selling 7 lb tubs of Nutella. this is equal parts amazing and absolutely terrifying.”

Nutella, for those who don’t know, is a chocolatey-hazelnut spread, usually found in a glass jar near the peanut butter and jams – but this massive bucket is pretty much in a league of its own and if you do want to buy it, don’t worry, you can even have it delivered if you buy online.

It seems pretty crazy to buy that much of the nutty-choc goodness, but it is pretty good value if you have a big family, you bake or you’re a business – Costco doesn’t do things by halves after all.

In fact a bucket of Nutella probably doesn’t make it onto the list of craziest things found on the aisles of the wholesale store.

Only last year the megastore was selling a four-person steam sauna, an inflatable boat, entire wheels of cheese, and even a coffin.

Pretty much anything you could ever need to furnish your home and garden, feed your family or indulge yourself – and why not? January is a long, cold, month, may as well enjoy it.