Jase Hyndman, seven, from West Lothian, received the letter assuring him his message to his father James had made it through the “difficult” journey.

His mother Teri Copland said: “I actually cannot state how emotional he is knowing his dad got his card.

In response to Jase’s envelope requesting to be sent to “heaven”, Royal Mail’s Sean Milligan said: “I just wanted to take this opportunity to contact you about how we succeeded in the delivery of your letter, to your dad in heaven.

“This was a difficult challenge avoiding stars and other galactic objects on route to heaven,” the note added.

It concluded: “I will continue to do all I can to ensure delivery to heaven safely.” 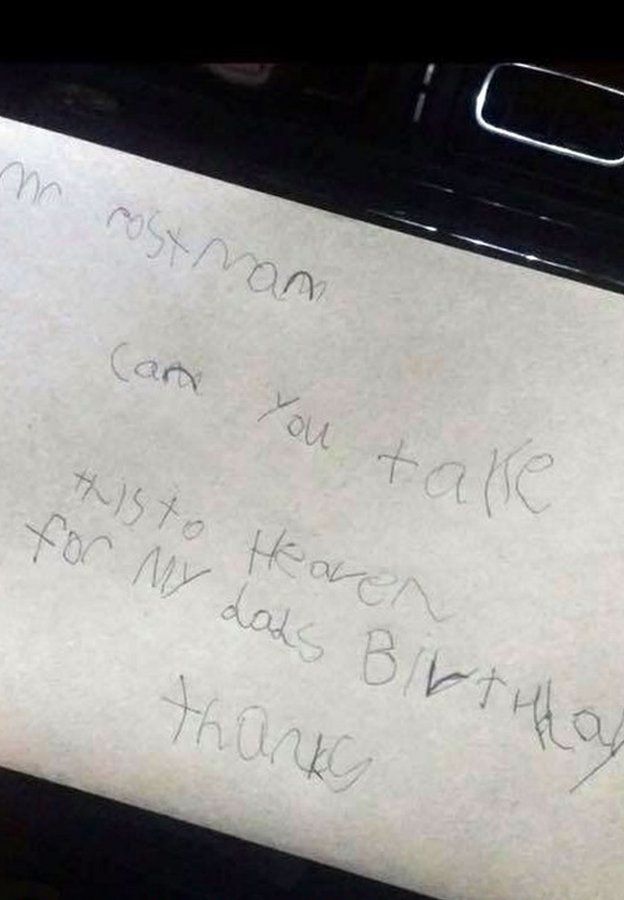 Jase and his 10-year-old sister Neive mark the occasion of their father’s birthday every year since he died in May 2014.

Ms Copland said: “He was overwhelmed and kept saying ‘my dad really got my letter mum’… I’ve always told Neive and Jase even if you can’t get anyone a present it’s always nice to make sure you send a card at Christmas and birthdays.

“I want people to realise that a small gesture of kindness can have such a fantastic impact on someone’s life… Royal Mail actually took part and that gives me so much comfort.” 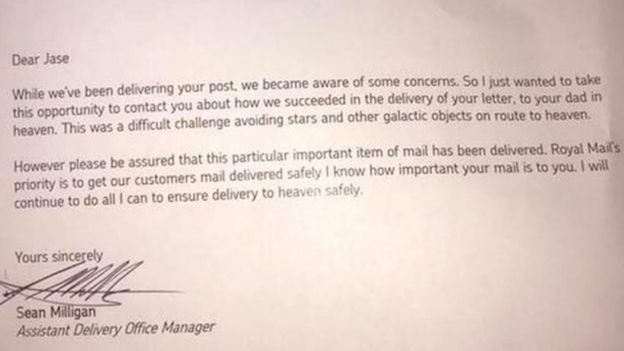