With Christmas over and the New Year approaching, it’s time for us to start reflecting on some of life’s big questions; how has the past year gone, what have we learned, what have we achieved?

But one of the most pressing questions we have to ask ourselves is what weird stuff have people been putting inside themselves in 2018?

The U.S. Consumer Product Safety Commission (CPSC) has just released its annual database of emergency room visits, and it turns out doctors in the United States have been pulling all manner of peculiar objects from willies, vaginas, bums, throats, noses, and ears.

Now, far be it from me or anyone else to kink shame, as long as people are being safe then have at it. But you should probably reevaluate your life choices when you have to go to the hospital and medically trained professionals have to remove a billiard ball from your arse. 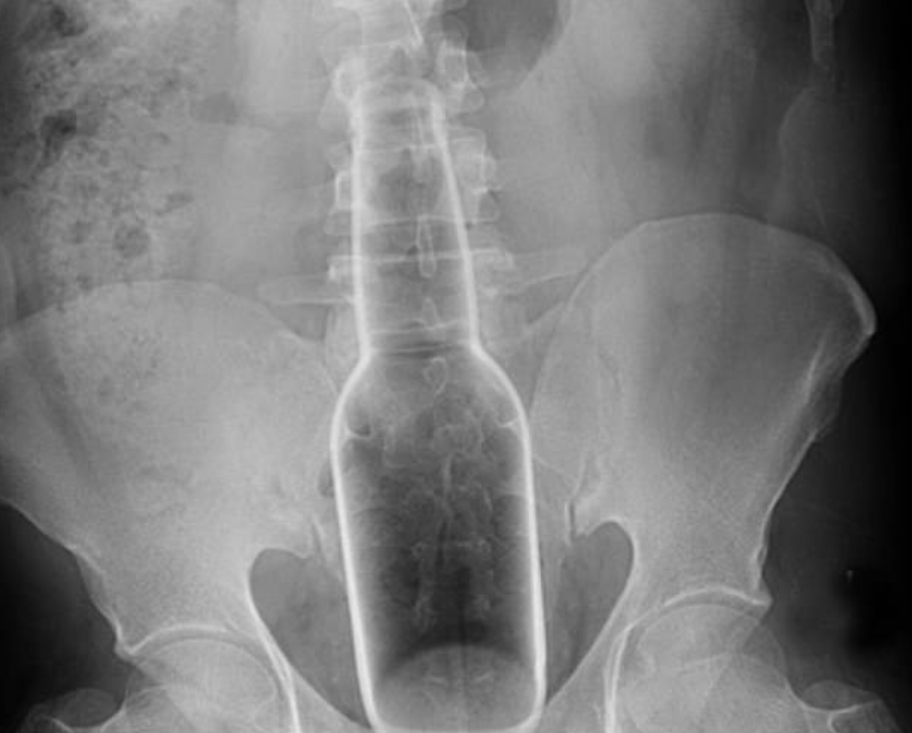 Some people have had to go to the hospital to have large items removed from their bodies. Credit: Radiopaedia

And that isn’t even the strangest thing doctors discovered in patients’ orifices – among the variety of items were; a crack pipe stuck in someone’s penis, a baton in a vagina, and the leg of a telescope shoved up someone’s bum.

Website Deadspin pulled together a list of highlights from this year’s database, with some even including an explanation of how some of these terrifying items came to be so deeply embedded in their bodies.

One person said they ‘jumped on bed – toothbrush was on bed and went up patient’s rectum’ – of course they did.

Another unfortunate patient claimed they ‘sat down on the sofa and accidentally sat on a ball point pen, pen lodges in rectum.’

And if you needed any more reason not do drugs, then this cautionary tale might be enough to keep you on the straight and narrow. 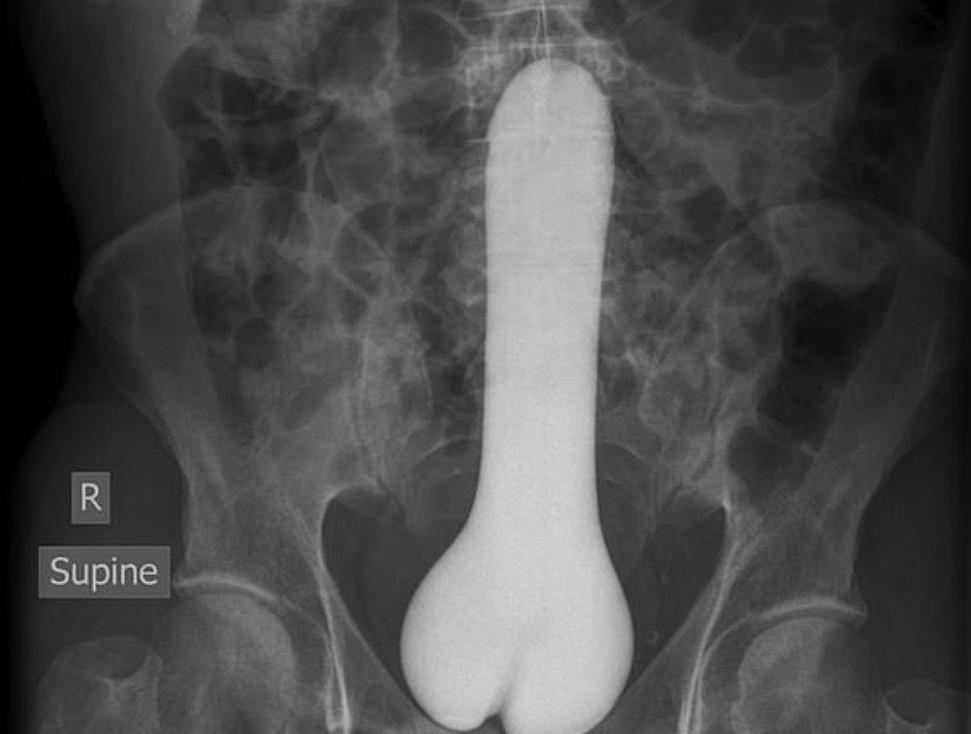 Doctors have had to pull a variety of items out of patients’ bums and vaginas. Credit: Radiopaedia

According to the database, one patient ‘pushed drugs up rectum using a lighter’ and they were ‘able to retrieve the drugs bag yet believe lighter got stuck’. Ouch.

But in terms of sheer stupidity, this next one is surely up there, I mean it’s probably a good rule of thumb to just keep your tools in the shed and away from your arse, as one poor sod found out.

Among the list of the strange and not so wonderful objects was a ‘Christmas ornament ball’, a ‘Google Eye’, a ‘Christmas tree branch’, and ‘the back of a remote control’ in the penis.

The moral of the story?

Guys if you want to put weird things up your bum or in your vagina, or anywhere for that matter, that’s fine. Just make sure you always consider the return journey. Stay safe kids.