Comedian Billy Connolly has admitted he is nearing the end of his life, after saying to the camera that his life is ‘slipping away’ as a result of his battle with Parkinson’s disease.

He made the admission as part of his BBC documentary series Made in Scotland, the Mirror reports, telling viewers: “My Parkinson’s is not going to go away and it’s going to get worse.

“My life is slipping away.”

However, the much-loved entertainer explained that he is not scared by the prospect, adding: “There is no denying it, I am 75, I have got Parkinson’s and I am at the wrong end of the telescope of life. I am at the point where the yesteryears mean more than the yesterdays.

“Because it is back there in my childhood and youth when I go to all those things that made me that live keenest in my memory now.” 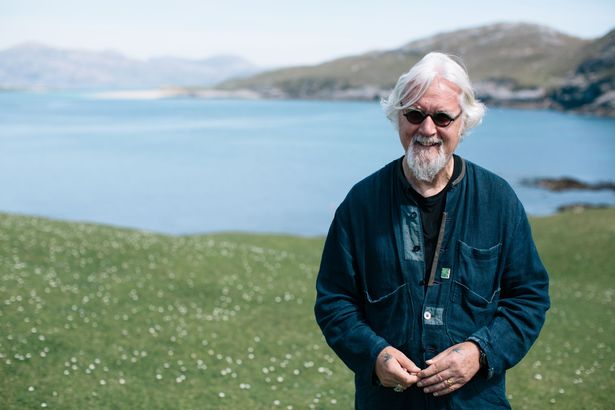 Billy Connolly in Made in Scotland. Credit: BBC

In an episode due to air on Friday 4 Jan, he continues: “My life, it’s slipping away and I can feel it and I should. I’m 75, I’m near the end. I’m a damn sight nearer the end than I am the beginning. But it doesn’t frighten me, it’s an adventure and it is quite interesting to see myself slipping away.

“It is like somebody is in charge of you and they are saying, ‘Right, I added all these bits when you were a youth, now it is time to subtract.’

“I can’t work my left hand on the banjo, it is as if I am being prepared for something. Some other adventure, which is over the hill. I have got all this stuff to lose first and then I will be the shadowy side of the hill, doing the next episode in the spirit world.”

Billy Connolly speaking to Susan Calman on The One Show. Credit: BBC

Glasgow-born Connolly, who has turned 76 since filming was completed on the show, made his name after appearing on the BBC’s chat show Parkinson in 1975, shortly after transitioning from folk singer to fully-fledged comedian. He went on to become one of the UK’s best-loved entertainers, appearing in a raft of TV series and films on both sides of the Atlantic, including Indecent Proposal, Muppet Treasure Island and The Hobbit: The Battle of the Five Armies.

He was diagnosed with Parkinson’s in 2013, but despite continuing to tour following this, he now admits it has become harder to work the stage in the manner to which his audiences has become accustomed. However, despite his condition, his outlook remains positive.

He reflects: “Since I got Parkinson’s disease I have cut back all my work, but the fame remains and I have never known anything like it. It’s a very pleasant feeling, people saying how nice it is to see you and how good you are looking. What is wrong with that?

“Now I have got a funny idea of what the world is like, I think everybody is laughing and smiling, cos they are to me.”