Fried chicken is one of those things that helps bring us all together – universally loved by everyone in all its golden, greasy glory. The affordable, delicious finger-lickin‘ goodness that we can all relate to, whatever country you’re in.

But have you ever wondered how you can show your love to fried chicken without just, you know, eating loads of it? No? Well, in case you do in the future, oh BOY – have we got the product for you.

That’s right, what your life is missing is a log for your fire that smells like fried chicken.

KFC recently announced it would be bringing us an ’11 Herbs and Spices Firelog‘ just in time for the festive period – because nothing says Christmas like fried chicken, as the saying probably should go. 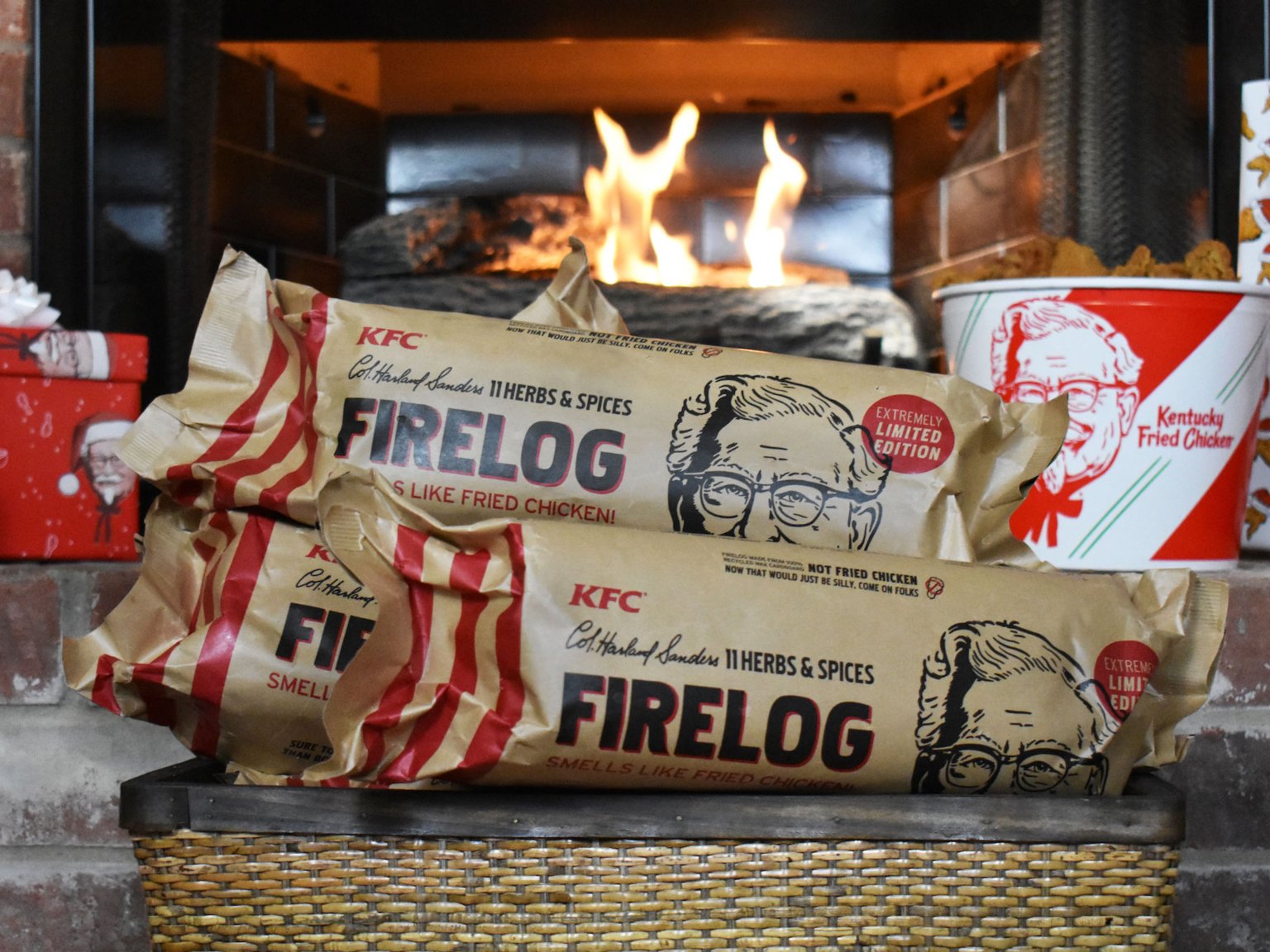 The KFC log is available to buy online in the States. Credit: KFC

When lit, the log will smell like the chain’s famous fried chicken – a scent I know and love in the context of, y’know, a nice cheap dinner or a 3am feed after a few beers. But coming from my living room fire? Errrm, less sure on that one.

The logs are now available to buy in the States from kfcfirelogs.com and cost $18.99 (£15). You might have to get on it fairly quickly, though, as they’ll only be around for as long as supplies last.

“At KFC, we have always been proud of our role in bringing loved ones together at the dinner table around a bucket of our world-famous fried chicken,” said Andrea Zahumensky, CMO of KFC US, in a statement, according to Business Insider.

“Now, this winter we’re bringing all the things we love – family, friends and fried chicken – together around the fire with our scented firelog.”

While the trademark 11 herbs and spices blend that goes to make KFC’s fried chicken is a classic, recently the chain decided to change its recipe for its chips, much to the horror of an angry lynch mob on social media.

The chain promised the world that, in this case, change is good – claiming the new fries would be thicker, crispier and even taller so that they’d be perfect for dipping into ketchup.

Jack Hinchliffe, innovation director at KFC UK & Ireland told the Sun: “We don’t change things on a whim – the Colonel’s Original Recipe chicken hasn’t changed since he finalised it in 1940.

“This was different though. We heard the nation’s outcry. We read the brutal tweets. We had to step up our fries game. Thicker, chunkier, tastier. Job done.”

C’mon guys, the times are changing. We have KFC logs now and everything.